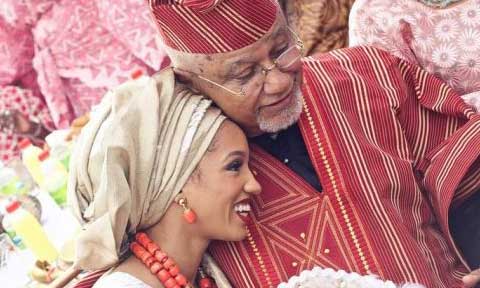 While the Nigerian blogosphere is awash with her first official public display of her young family’s picture with her husband in it, Celeb Police could not help noticing that the singer is only part-revealing in her sharing

In a comeback message she posted along the above photo on her Instagram page, the singer is all gratitude to her family and all who made her marriage a success. But like the aftermath of her wedding back in 2015, where her marriage moments were shrouded in secrecy, with the photographer who documented the event saying it was the first time he would attend a wedding without having a profile of the intending couple beforehand (Di’ja kept info about her beau classified), Di’ja’s January 2017 comeback and shared photos of her hubby still leave much to be desired.

Questions arising: Why is she keeping info about her hubby so off limits? Why share his photo and make it only a profile of his face? Why did she publicise the marriage, wetting her fans appetite and yet didn’t allow them ‘meet’ the ‘lucky guy’?

She did try to dismiss in an interview last year that the accusations of secrecy in her marriage ceremony were not true, but rather that her not been seen with her husband was purely circumstantial other than planned, that when they are together most times wasn’t always thinking about pictures. She stressed that people should try to understand the difference between privacy and secrecy. Well said. But the consistency on hers or his part not to reveal anything about him just fuels speculations. Right? Not forgetting to mention the fact that the MAVIN crew were reportedly all absent. Baffling, isn’t it? 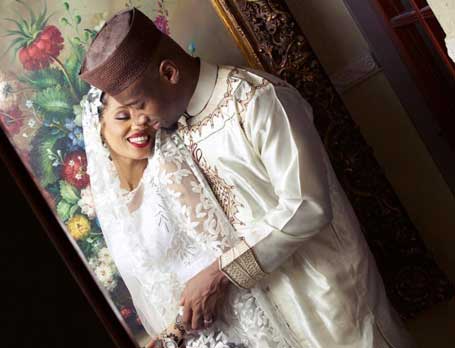 All her posts during and after the marriage, up till her delivery were cryptic as she used animations to represent herself and hubby, who is only referred to as simply Rotimi, in a most humorous but coded pre-through-post wedding photo stor

Because of reported tight security, the closest any one could get at capturing the bride and groom was this blurred pic. Bet you won’t recognise the hubby if you see him in real live from this picture.

The only other photo that gives us a better glimpse of Rotimi, still only reveals a profile view, and we got it from her wedding photographer, not herself.

Wait a minute, is Celeb Police just fussing here? Well, if you think so, Di’ja leaves us no choice until we get a more concrete explanation from her, or a better and recognisable photo!.  The question is not ‘why can’t people just ignore her decision to leave his full bio off the media’? No, it is really ‘what’s the big deal keeping him classified’. Is there an attempt to enter the Guinness Book of Records as the only celebrity whose husband is not known? Lol. 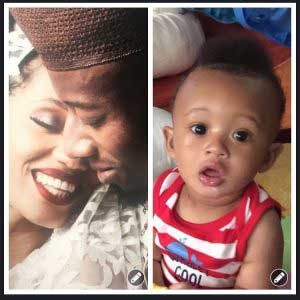