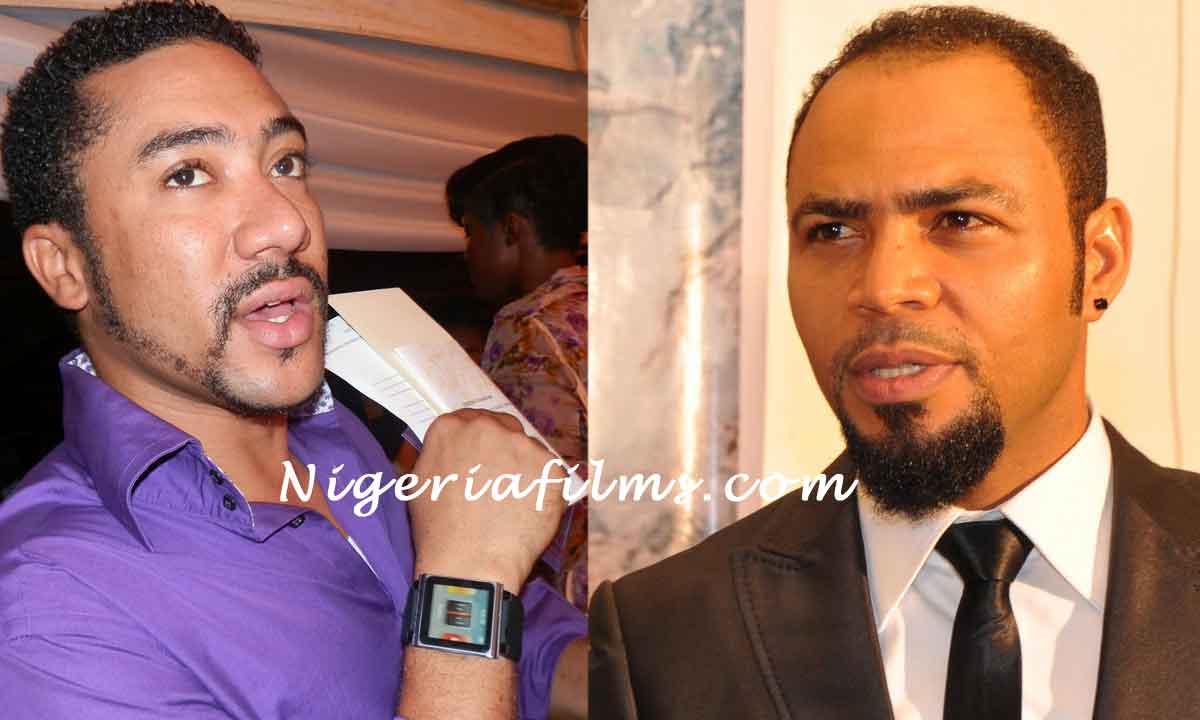 The actor was born in the early 70s, in Edo State to an Israeli father and a Yoruba mother who hails from Owo, Ondo State.

He grew up in Surulere, Lagos, where he attended Atara Primary School and Community Grammar School. He obtained a diploma at the University of Lagos, after which he pursued a career in acting. Nouah's acting career kicked off when he starred in the Nigerian TV soap opera Fortunes. Nouah has since then appeared in numerous films starring as the lead role.

While many were still celebrating the handsome actor and many actresses will always wish to act alongside with him then the Ghanaian movie industry sent in a handsome actor to challenge Ramsey and that is actor, Majid Michel, who came and stole the hearts of many ladies.

Michel was born in Cantonments, a suburb of the Ghanaian capital Accra. The son of a Lebanese father and a Ghanaian mother, he grew up in Accra with his nine siblings. He attended St. Theresa’s Primary School, and later, the Mfantsipim School, the alma mater of Van Vicker and also of former United Nations Secretary-General Kofi Annan. In secondary school, Michel was actively involved in theater and was a member of the school’s Drama Club. As a member of the drama club, he received a Best Actor Award in one of their performances on Emancipation Day in Cape Coast, Ghana.

Michel entered professional acting by auditioning for a modelling agency; a neighbour had introduced him to that agency. He was invited to join the modeling agency, Super Model Agency, on the behest of his next-door neighbour. He starred in the television series ‘Things We Do for Love,’ acquiring his nickname “Shaker” on the set. His role on Things We Do for Love was to be played by a Lebanese boy, and Michel attributes being given the role due to his Lebanese heritage.

Michel is one of the Ghanaian actors who got into the film industry during the period in which Frank Rajah Arase signed a contract with Ghana's Abdul Salam Mumuni of Venus Films. The contract basically involved introducing Ghanaian actors into the mainstream Nollywood film industry and making them have a star power comparable to Nigerian actors. Films produced under this contract which featured Michel include: Crime to Christ (2007), Agony of Christ (2008), Heart of Men (2009), The Game (2010) and Who Loves Me? (2010) amongst others.

Michel made his Nigerian Nollywood debut in the 2009 romantic drama, ‘Emerald,’ playing a leading role alongside Genevieve Nnaji. While Majid's performance was commended, along with his strong on-screen chemistry with Nnaji, the film received largely mixed to negative reviews. However, the 2009 film ‘Silent Scandals’ brought Majid into prominence in Nigeria; The film received wide positive critical review for its high production values and Michel's performance, along with his strong on-screen chemistry with Genevieve Nnaji.

Well, almost lots of actresses have had a cool feel of these two stars on set and interestingly, they are both married but if given the opportunity, whom do you think will be better in bed?