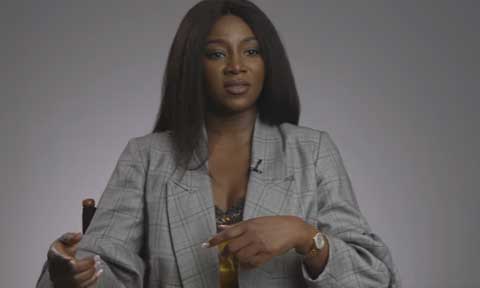 On 21st September 2018, it was announced that Netflix would fully acquire and release the film Lionheart via its online platform. This implied that the film would not be available for theatrical release.

However, to the shock and displeasure of several filmmakers and production companies, Genevieve Nnaji announced the release of her film, Lionheart, on 15th December 2018, via Instagram. This came a day after the release of other competitive titles, including Up North, Smash, God Calling (Silverbird) and Knock Out Blessing (Genesis) and Chief Daddy. These films gave between 3 and 11 months’ notice of release.

Using Chief Daddy as an example, EbonyLife came to an agreement with us at FilmOne on 19th January 2018, to release the film on 14th December – a full 11 months’ notice. This manner of advance notice to its distributor, and the entire industry, is standard practice, and aimed at avoiding unnecessary ambush situations. All of these filmmakers commenced marketing of their films up to 6 months prior to release. Since then, they have expended considerable resources (both financial and human) towards the release strategies and marketing of their films.

In contrast, the haphazard release of a title such as Lionheart would put the success of scheduled competitive titles at stake and jeopardize the efforts made by the producers.

This unprecedented development has compromised our prestigious film industry in the following ways:

1. Firstly, it is important to consider that while we do operate in a free market, key stakeholders have come together to form an association, bound by by-laws and guidelines that regulate the standard principles of business engagement. One of these principles is the circulation of a weekly update of film release dates, known as the Competitive Positioning Release Schedule (CPRS). The CPRS gives all distributors and cinemas reasonable notice of upcoming releases and/or changes thereto. Permitting the release of Lionheart would perpetrate the very mischief, which the CPRS was designed to combat.

2. Secondly, the very essence of the Theatrical Distributors Association of Nigeria (TDAN) and Cinema Exhibitors Association Nigeria (CEAN) is to create an atmosphere of transparency and fairness within the industry, where all stakeholders are afforded a say in the conduct of the industry. The abrupt and unscheduled release of Lionheart is being forced by a small contingent of stakeholders and, if permitted, means that said highly destructive to the orderly running of the industry and the beginning of the chaos that afflicts so many aspects of Nigerian life. On addition, it would set a dangerous precedent, where power and influence trump accepted rules and render the majority of stakeholders powerless.

3. Considering the time and effort that has gone into providing structure and stability to the film industry, a move such as this has the potential to set in motion a devastatingly regressive tide. It should be remembered that we operate in a global industry with widely accepted norms and behaviours. Indeed, the producers of Lion Heart have been embraced by an international platform and should be keen to set an example for upcoming filmmakers.

4. Also, it is important to consider the disruptive impact of this unscheduled release on other filmmakers. As previously mentioned, the release of most films are dated well in advance in order to give ‘breathing space’ and maximum potential for box office success. This is due primarily to the limited screen space available for theatrical releases in Nigeria.

5. We must address the mischievous and potentially libelous rumours currently circulating on social media, regarding our purported ‘interest’ in a number of titles, hence our reluctance to release Lion Heart. Firstly, we have no interest in any film being released in December 2018. Our sole interest is in King of Boys, released in October, for which FilmOne provided a production consultancy service, and is currently completing a very successful run. In the course of our discussions with The Entertainment Network (TEN) on 3rd December 2018, we made it clear that the short notice of less than 2 weeks and the plethora of titles (14 in all) being released in December would preclude the release of Lion Heart in Filmhouse Cinemas. In addition, it is being suggested that FilmOne manipulates box office figures in order to give a false impression of titles we are vested in. We reject such accusations in the strongest possible terms and we are prepared to take legal action against any party to whom such statements are attributed.

We take our agreements with filmmakers quite seriously, as well as our commitment to other cinema owners, to properly schedule films and abide by our association’s (CEAN) rules. We have led from the front, to ensure that box office figures are reported industry-wide in a timely and transparent fashion. Indeed, we were the first to regularly publish box numbers for public consumption, understanding that this would have a positive effect on the professional image of our industry. Any interested stakeholder is more than welcome to see the weekly statements FilmOne issues on all films it distributes in all cinemas nationwide. How does one manipulate figures that so many stakeholders – cinema owners and filmmakers – have a financial stake in?

In conclusion, it is our deepest hope that we have successfully clarified our position in this most dissatisfying situation.