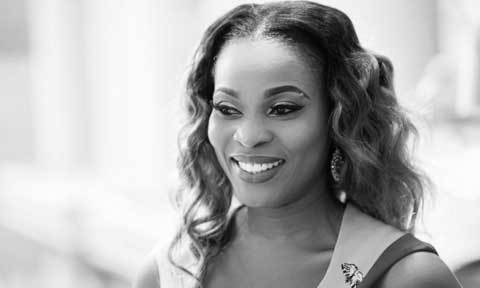 She stated emphatically that she did not participate in the ignorant election that brought the incumbent administration to power, as such; she owes no one any duty of criticizing the government on their behalf because in her words “it was “morons” who voted Buhari into Power.”

In the closing lines of her note, she declared that she can never sleep with any politician, because it will take away her moral dignity and authority.

“Warning to any ignorant Nigerian oblivious of his or her basic lessons of civic lessons who will come to my page and display their ignorance.

These are type of men who vote for men with questionable characters and zero morals let alone befitting to be called leaders, yet you take two thousand naira and a bag of rice, and sell you future and conscience and expect me to be your mouth piece in criticizing them. You must be a joker. Listen up @saddam_bin_castro.

READ ALSO: Where Are The Recovered Looted Funds? 2Face Set To Protest in Nigeria

Most of you come on my page to display your ignorance; you know it’s laughable and pathetic. Given it is my country of birth and I am proud to be a Nigerian and an igbo woman at that, I have been gone for over a decade, do not live there nor work there.

Did not participate in your ignorant election of Buhari, majority of you folks voted for him; so, why the hell should I help you criticize Buhari? Live your shit and deal with it. Do not ever come on my page and educate me about my views and who to call out.

READ ALSO: Olamide is one of Nigeria’s problem- angry fan

When good people of conscience cried out to Nigerian not to vote Buhari did you moron listen? You all castigated anyone who did not believe beclouded change from a dictator who over threw a democratically elected government of Shagari ! so why should I be your spoke woman? Have you ever seen me campaign for any Nigerian politician? Have you ever seen me vote for any of roughed politicians or endorsed any of them?. Since you all equate dictators as strong men.

So with all due respect do not come to my page and tell me how to express my views and opinion on wall. If you do not like my political views, move on, you can disagree agree with me and we dialogue respectfully. Do not tell me how to view life and its incorrigible rulers.

READ ALSO: Local Awards Does Not Define Me - Olamide

I do not do politician, I do not campaign for them and I am not in bed with any of them. I will not compromise my dignity and authority for two kobos , thank you and God help Nigeria.

Georgina Onuoha is a Nigerian actress, In 2006, she was nominated for best supporting actress at the Africa Movie Academy Awards. She publicly criticized the Nigerian government for the removal of fuel subsidy in 2016, In an Instagram post in March 2016; she claimed to be suffering from an unnamed illness for 8 years.