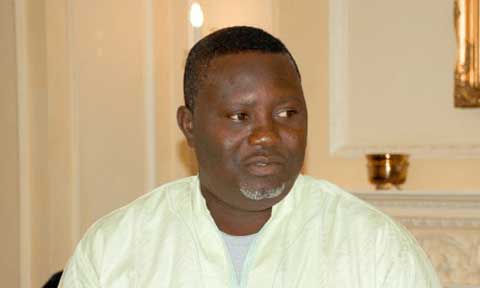 In fact, it is a general knowledge among actors that he is not one to mess with while shooting. In an exclusive chat with our correspondent, the actor stated that his sternness on movie location is for a reason. He said, “If you are disciplined and you don’t put romance with women first as an actor, you would go far. If you believe that as an actor, you don’t need women all around you, then you would remain relevant because you would concentrate on your craft.

I directed ‘SuperStory’ for about 10 years but no woman entered my room in the camp. You can ask Wale Adenuga himself. There were amorous advances from women but I shunned them. I am feared while on set. As a lady, you cannot see me and have the courage to approach me with your amorous advances.

People would even tell you not to try it with me; they would advise the ladies not to wink at me because I would just slap them. It is not that I am wicked but I want my cast and crew members to do what is expected of them. You don’t have to give me anything to gain what you do not deserve. Use your talent and let me acknowledge that you are good at your work. You don’t have to bribe me with your body.

“When I am working, I let discipline guide me. I don’t care if you are befriending the producer; but as a director, I want a disciplined actor in front of me. I do not go to the location to wine and dine; instead I go to work. When it comes to working, I am like a man that goes to the war front with the mindset of winning the war.

If I don’t face my work squarely, it is the same people that are commending me that would condemn me and I don’t want that. I want to be an evergreen actor. Look at the likes of Oga Bello and Prince Jide Kosoko, they started in 1964 and they are still relevant today. At the time they started, I was just a year old.”

Although he might be seen as someone to be feared on set, the actor confided in our correspondent that he is the exact opposite at home. He said his wife is his harshest critic when he does not play a romantic role convincingly.

“My wife knows who I am to the extent that if I do not romance a woman properly in a play, she would ask me why I did not kiss her well. I have always had her support and that has given me the guts to go to any length in a romantic scene.

He told our correspondent that he and his sons are best of friends.

“If I give you any of my son’s phone number, he would tell you that I am his best friend in the house. I have two boys but when I get home, we all play like three boys in the house.

My sons see me more as a friend; in fact, when they were still toddlers, I used to call them best friends. I have never flogged my children.

I am fortunate to have good children who listen to us. Their mother is the tough one; she is the one with the iron hand,” Laniyan said.