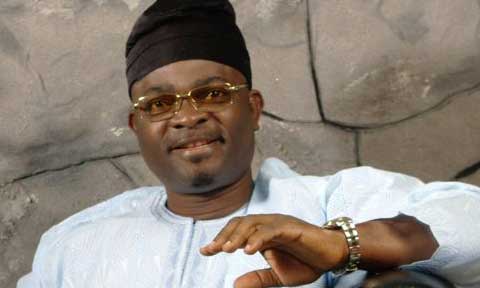 In what looks like serial attacks.This is certainly not the best of time for a one term honourable member of the House of Representatives, Honourable Rotimi Makinde, it is not a palatable news that a structure belonging to him previously marked 6 meters owing to the development going on in Akute axis of the border town of Lagos state.

It was today marked 18 meters which somehow means that the building which had gulped the famous actor turned politician over hundred million from a loan from Diamond Bank in 2008 according to him will have to go down the drain.

Meanwhile, not long ago, his hotel, Capricornian Hotel also in the same axis was locked up for almost four months and when Solanke Ayomideji Taiwo contacted him through phone conversation he spoke from Abuja, well “if you are speaking to me from the location for I understand there are lot of crowds already, weeping and crying, It was this day 14th of March 2017 that they marked the building again for 18 meters demolition as against 6 meters we had since 2012 , In actual fact I understand few buildings to my property had been demolished…. It was indeed a rude shock to me but if the decision to extend the road the more is in the public interest, who am I complain.”

“However, I just hope the government would be sensitive to the plight of the people, what actually baffled me is the sudden re-marking which I understand was done today and changed from 6 meters previously marked again to 18 meters which will now be gulped or consumed the entire premises. The premises used to be a school owned by me since 2015, which was personally pulled down in view of the ongoing development; it was reset backward to give room to the present shopping complex in line with the 2012 notice…. Well life continues”