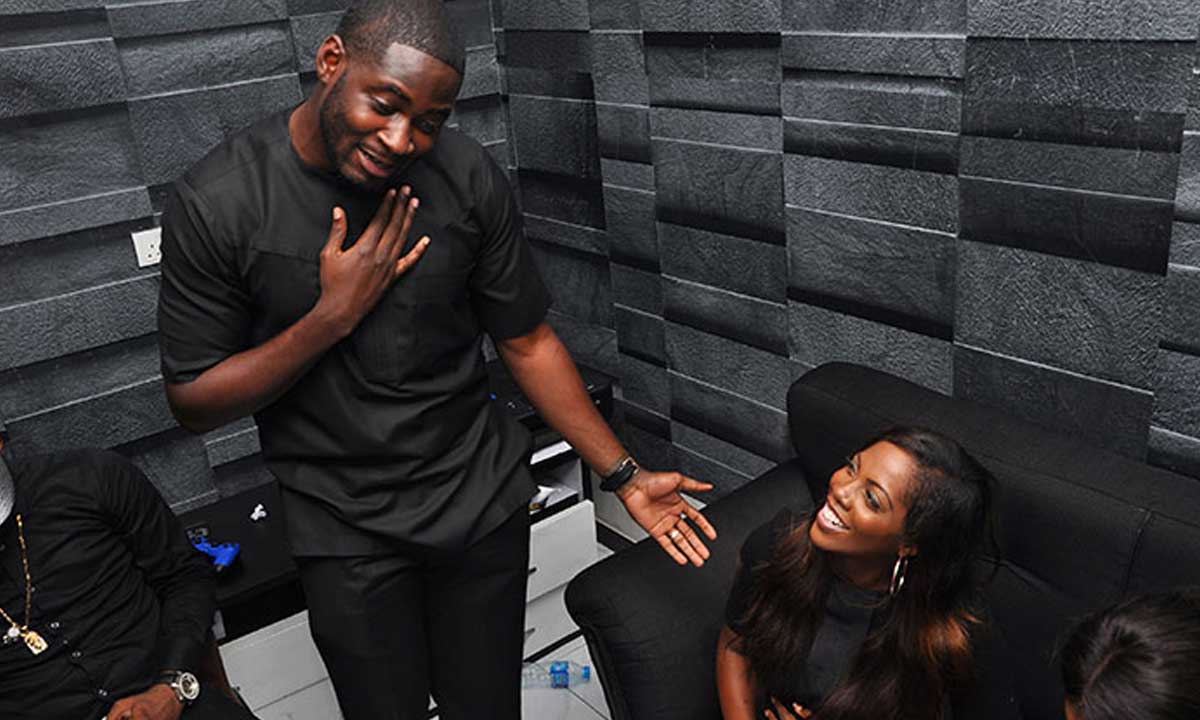 After her estranged husabnd’s outburst and severe allegations, the senasational singer and mother of one,  defended it all by spilling a whole lots, including his Teebillz addiction to cocaine, N45 million debt mess currently investigated, his incurable philanderring with women among others.

Not Been Together In One Month
For the past two months, TJ and I have not been together, it was something we were working through, but I knew this marriage would not work. I haven’t spoke to TJ in about a week, and we were supposed to get some passports for my son. He was reading the messages and he wasn’t responding. I begged him to be friends, and let’s be good parents to Jamil. He didn’t respond.

He Cheated While I Was Hospitalized
I covered up for a lot of hurt in our relationship. Just before I went to Jamaica, I found out that I was pregnant. We were just trying to find out how we were going to manage another baby so soon. I got to London, on a 10-hour flight to shoot a video with Busy Signal (Reggae Artiste).
While doing my makeup, I found out I was bleeding and I passed out. I was rushed to the hospital, and we were trying to call TJ to tell him what happened. While we were sleeping at two AM a number called him saved as Edible Catering….I checked his phone, and the number was asking him if she can come to his hotel. She responded that He (TJ) knocked her out last night, that he was a great night. I confronted him, and he said he took another woman to the hotel and said they were just chilling.

Allegations That Annie Idibia Cooked For Him
His cooking allegations is a lie. I am not going to say because of my career that I am not going to cook. I work long hours to put money in the house, I work to make sure that we have a roof over our house. I come back home really late, and when I make something for myself, I make some for TJ. I had to hire a cook to cook for me, him and the other people that live in the house, I don’t think that is wrong…Even if it is true, the things he puts me through will not even encourage me to ask him if he is hungry. He goes out and you come home at 7 in the morning, sometime 2pm. He comes back drunk, he comes back angry, and we don’t know what sort of mood he is in. Sometimes TJ will go out and he will not call, and he will not tell him. I am just sacred for his safety, I will be calling him frantically, to find out that he didn’t go and drink. I am even praying that he is with another woman, so that at least I know that he is alive. That’s not the person that I will ask if he has eaten.

The N4.5m Theft That Made Me Sack Him As Manager
When I sacked him as my manager – I will never discredit or take away that TJ worked hard, hustled and believed in me. But what I will say is that at one point….he is booking events and he will book shows. The first time I found out that there was foul play was when he booked me for a wedding in London. I have to be paid before I perform. I called one of the organisers, and said I have not been paid. He said that the show has been paid four months ago, he showed me the account were they paid him. TJ declared that the show was for 3M but they really paid 4.5M, out of the 3M he was still receiving the management fee 40%. He took money already, and collected his percentage, and he didn’t feel anything. He was stealing from his wife. I had to perform at the wedding for free. I do get to perform for free when he takes my money.

Accusation That My Mother Bewitched Him
My mum is based in the UK, and when I had Jamil she moved back to Nigeria with us. My mother is not like that (witchcraft), she is a sweet lady, and she’s very British, she doesn’t judge, she is not hung up like that. A lot of times, my mom would say ‘Tiwa you are the wife, be patient, don’t curse don’t shout, build the home.’ She has been nothing but a great support for me. I would love for him to tell me if there is something my mother has done.

About Cheating With Don Jazzy, 2face And Dr. Sid
I have never cheated on my husband. Not with Don Jazzy, Dr Sid, 2face Idibia or anybody. I have never cheated on my husband, and Tunji knows this. He knows that in his heart. (She breaks down in tears) Sometimes in the studio, one of the things that Don Jazzy and some of my other label mates say is that I am really good with interviews, with being diplomatic and knowing how to carry myself with difficult situations. This hurts. I have seen comments of what people are saying about me. It is not true.

EFCC Investigating Him For N45m Debt
What set off all off this was that he went to borrow 45 million Naira from someone and he lost it. I just found out that EFCC was investigating a case against him, and my brother called me from London and confirmed it that TJ is in deep trouble, and that some people might hurt him, that I should be careful. In my frantic mode to try and suppress this situation I went to one of my big bros who can help. A week ago I told TJ that we were running out of Jamil’s food, but he didn’t do nothing. He complains, but cuts his hair twice a week. I have been searching for N45M so that they don’t kill him, so that they EFCC does not carry him. What kind of man does that, and says I am the one taking away his manhood.

Day I Caught Him Smoking Cocaine
I walked in on TJ taking cocaine in my house in 1004 (Victoria Island, Lagos). I didn’t even know he takes cocaine. I walked into the kitchen, and I saw him taking cocaine, so I screamed, and asked if that is cocaine. HE started screaming that ‘What am I doing down here, where is the cocaine?’ How can someone without money take cocaine? I called his parents and complained that I can deal with weed, but cocaine, no. So I am dealing with his alcohol problem, you come home late, infidelity,

coaciane, bad debt, jealousy over my success.
He was getting help at one point when the whole cocaine thing came out. This has been happening for a long time. We get him help and he goes to see a doctor or a pastor, or a counsellor and he uses his own hands to ruin things again. If I didn’t care about him, I wouldn’t be covering up for a lot of things. I wouldn’t be searching for help for him. Even now I am still searching for a way to help him out of his debt, so that if he is out of this,

I Never Knew Tee Billz Had A Third Child
Before marriage, I didn’t know of his third child in Nigeria. A lot of people warned me about him, but I am going to say I made a mistake. At the beginning everyone says you can’t leave the marriage because our culture frowns on it. I made a mistake, do I have to wait ten years, 15 years? If I am not happy. And I was scared that if I ever find somebody else to marry me? That’s the misconceptions of our society. I don’t care if I ever get married again. I care about being happy for Jamil, I care about not walking on eggshells. I do want a man that works, that will help me with my financial burden. He doesn’t have to be a millionaire or billionaire, but at least someone that helps, and won’t put me in more debt.

10. Our Marriage Is Over
Everyday all I hear from TJ is that ‘I created you, I took you from nothing, look at you now.
The marriage is finally over, it’s been over for a while, and I have covered up for a while. What happened was God-sent, and he made it easier for me to walk away with what he did on social media. He got so many people angrier, he pulled so many innocent people into this. Even his family. He made it easy for me to finally up and walk away.

11. Tee Billz’s Relationship With Baby Jamil
I will never stop him from seeing Jamil, never. Even today, Jamil is still saying ‘dadada’, and I was saying it with him as well, that’s his first word. I want to bring him up to be a good man.
Even till now I don’t wish anything bad on him. As we are doing this interview, I am worried that if he sees it, it might trigger him to do something bad. I don’t want my son to grow up and know, God forbid, that his father commited suicide. Tonight, I am still gonna pray for him.

12. I Will Still Pray For Tee Billz
If there is anything that maybe I overlooked, or didn’t love him enough, or made him less of a man, then I am sorry. I am absolutely sorry…Tunji I am sorry. But you know I tried everything, you know I love you so much, and I am sorry, I never wanted to divorce, and I never wanted it to get to this. I want you to get better…and I would always pray for you.