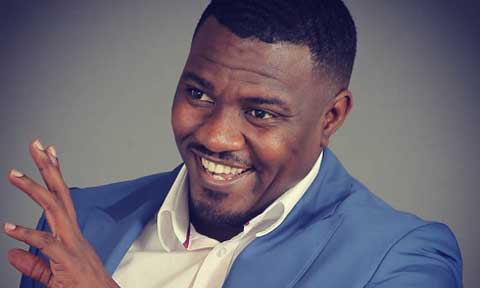 In a recent interview he talks about what attract women to him, his love for Nigerian culture and languages and lots more.

You have spoken in Yoruba and Igbo languages in recent time. How did you acquire these Nigerian languages?

I think I can put that down to having a lot of Yoruba and Igbo girlfriends.

Can you name some of them?

I’ve forgotten their names but you know I’m not being serious here.

On a serious note, however, I’ve worked in the East so I’ve taken up a lot of the Igbo language. Of course I always come to Lagos before I go to the East, so I picked up parts of the Yoruba language from here as well. And having picked up the language, it becomes better when you have a lot of Yoruba and Igbo friends like I do.

How much difference do you see between the Ghana and Nigeria film terrains?

Well, Nigeria does good films and it always keeps Ghana on its toes in terms of filmmaking. Ghana does the same thing but I think it is a healthy competition that is going on. Ghanaians copy Nigerians, Nigerians copy Ghanaians in terms of filmmaking but at the end of the day like I said, it’s a good marketing strategy. We have a healthy fan base in Nigeria. Nigerians also have a huge fan base in Ghana and both of them make things work out properly.

How easy was it for you to break into the Nigerian movie industry?

In my time, that was around 2007/2008, it wasn’t that easy because we had other Nigerian actors around so for them to accept us was a big challenge but I think, by and large we all accepted the fact that we can come to Nigeria and work, or Nigerians can come to Ghana and work, so it was okay.

You are known to have advised women not to rush into marriage in the past. How did that come about?

Let me just put it in writing. I was just advising people not to rush into marriage because their friends are getting married or because they want to have beautiful wedding pictures, or because you want to rent a nice place, play music and everything.

That’s not what marriage is about. Marriage is making it work and that’s what is making a lot of marriages fail these days. People go into it with the wrong mindset.

With such insight, how much of that applies to you regarding marriage?

That’s why I’m taking my time now, so when I get married, it would be for the right reason.

Would this mean you intend to get married soon?

There are rumours about you and Yvonne Nelson being an item. Is she the one?

Yvonne? Who is Yvonne?

But a picture of both of you surfaced not long ago and people were wondering whether you are making it official.

Yvonne is just my friend; I mean we have enjoyed a beautiful relationship, by that, I mean friendship over a long period of time. And yes, we had some misunderstandings but I asked m y s e l f , what is l i f e ? Life i s short. Let’s just make up, and that was it.

Your countryman, Chris Attoh, came to Nigeria and snatched one of the damsels. Are you thinking of following his footsteps?

If you guys give me, I’ll take now.

What are your thoughts on fatherhood and parenting?

Fatherhood is very good. It is very important when it comes to parenting. I’ve also witnessed a lot of families where the father wasn’t around and what the children grow up to be. I’m not saying that women are not good parents.

Growing up, which of your parents were you closer to?

I was closer to my dad

What does Dumelo mean?

It means Town Crocodile. Crocodiles are normally not in town. They are found in water or swampy areas.

Do you have any piercings?

No, I don’t have any piercings.

Do you have anything against those who have piercings or tattoos?

I have nothing against those who tattoo or pierce their body. It’s a lifestyle choice. It’s the same as those who drink and those who don’t drink. We shouldn’t judge.

How did you get into acting?

I actually did my first film when I was seven years old. It was a hit in Ghana then. It was called Baby Thief. After that, I think I developed a strong sense of film. I’ve had that in me ever since.

What has motivated you to continue on the path since then?

I think God has a purpose for everybody. Like I say, sometimes you want to be something but God wants something else for you. So I think that is what God showed me. So I developed the passion for acting and that was it.