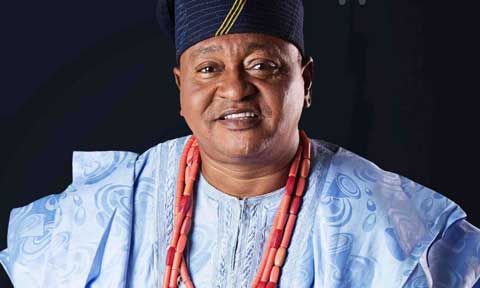 He’s a consummate actor who has acted in many Yoruba and English movies. Aside acting, he has also produced many films. He spoke with Sunday Sun about his firsts.

First day on set, how did it go?

That was precisely in 1964 in a production titled Makanjuola by Ifelodun Traveling Theatre. I was between 10 and 12 years old but I was the main character. At the rehearsal, I was passionate and determined to show my stuff. I had been doing a lot in my house and when I was in primary school, people used to hail me. So, it was an opportunity to display my talent. I was really excited, knowing fully that I would be on television. Since that day, to God be the glory.

My first English movie was aired in 1969 and it was a documentary shot by some Americans. I just participated briefly but when you talk of videos, honestly I can’t remember. You know we started the English genre simultaneously and from take off I was there. Did you think I joined them in the process? No, No, No.

Your own first video?

That was titled Asiri Nla (Top Secret) and it was an eye opener for home videos in Nigeria and different from what people were doing.

First embarrassing moment as an actor?

I can’t remember, because I’ve had several embarrassing moments and I can’t say precisely the first one. The first time I returned home after my shot at NTV at the Bar Beach in 1954, in those days, not too many people had television but those who had allowed those who didn’t to watch in their houses. So, I just finished that show I went to do at the television station and as I came down from the bus that fateful day, people screamed, Jide! Jide!! Jide!!! and I was scared but they now said they watched me on television and pulled me here and there. Initially, I was embarrassed but later, it dawned on me they appreciated my acting.

My first car was a Volkswagen I bought on 12-9-67 (laughs). Then, I worked briefly as a boarding officer with a shipping line. The captain was so generous he gave us TV, dollars and other items. I was really making some money then. It was that money I used to fund my own group in 1972 and I sold the car and bought a panel van. Both were brand new and I bought the VW for N2, 000. At that time, I was eager to have a car and I was very young.

That was in 1981. Then you didn’t require visa but it was at the point of entry the immigration stamped your passport. I traveled with someone who just organized a stage performance of Madam Tinubu. That film was shot at National Theatre in England. I’m the first producer to produce a film partly in UK and complete it here in Nigeria. That was around 1986.

It was from the first movie I acted, Makanjuola, in 1964 and I was paid in coins but money wasn’t my focus. I was happy and I spent the money on others.

I love dogs and even now in my house, I have four big dogs. It’s been long I have been keeping dogs.