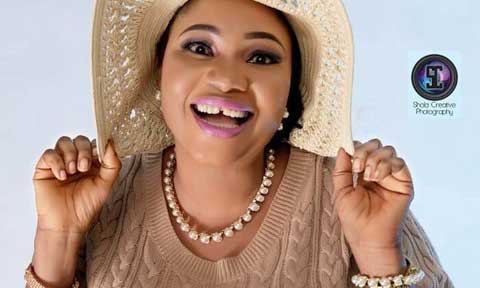 In the short interview, Mrs Kuti talked about her career and how she has been managing her family.

The first time I called you, I remember you said you were on your way to pick your kids at school. Ordinarily, one would think you have house helps to do that for you. Could it be that you don’t trust house helps with your kids?

Well, luckily for me, I have a mother that is very energetic. I had to go and bring her to the house because leaving her back in the village is not worth it. I have a mother that is just in her 60s. I know that the school is not far from home and I know that she can stay and actually do the things that I would do. I don’t really encourage house helps and sometimes I feel bad about them.

But most of the things I will do in my house, I employ people do to them for me, like cleaning, because I have a big house. I pay people like every weekend to just clean, and mop everything. Then the rest of the job are very simple things to do – just to cook and wash plate and I can clean my room myself and of course take care of the house. My children are growing; they can take care of the room. So you have to train them too.

Are you saying it’s not actually because some house helps might be dangerous?

No it’s not because they can do anything. That does not even come to mind but I just know that for me I don’t want to raise strangers. That is just the way I want to run my own affair. I want my mum to raise my kids because she’s not busy where she was and she is better doing it than somebody who is a total stranger.

How do you balance work and home being a very busy person who is not always around?

You are not in my house so you can’t tell if I am not always around. I came from home to this place.

But each time I called, you were either at one movie location or somewhere else working… 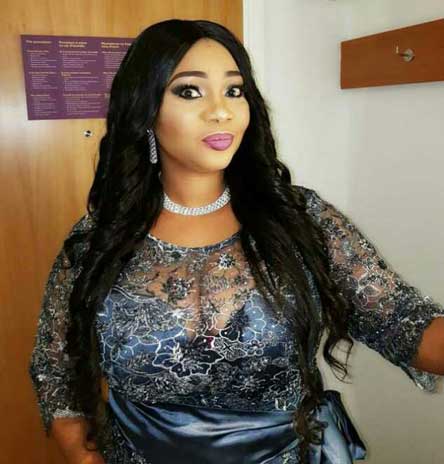 That’s because you always call when I am shooting. It’s quite tough and I must confess that is it not easy to manage because there are times that I stay on location for a whole month so you can see that reason why I said that my mum has been a great help and thank God I have a man that quite understands.

Are you saying your mum cooks for your husband while you are away and he is comfortable with it?

No, my husband is not a child and my mother cannot look after my husband. Instead, my husband looks after everyone because my mum is aged. But for food, we know how to arrange that.

I saw your latest movie Oro Mi (My Wealth) and I thought it should have made it to the cinema because of its story line; how did you come about the story?

Actually, a woman told me the story of herself and I would say that I just tried to put like 40% of what she told me in the movie. Every day, people would say there is nothing new under heaven but my brother; there are things that I have seen that I had not seen before. Look at that story, she had three kids and they actually wanted to kill her. God just made it in a way that she didn’t die because if she had died, you won’t even know that those children are not these people’s children. So I have not seen anything like that and they didn’t even know that she’s also from a rich background. But you know, when you are kidnapped you cannot help yourself in anyway. Although there is a little bit of fiction but that is how the story goes.

How has the feedback been since the release?

When it was first released, I was supposed to get a complimentary copy but I didn’t which means it sold out. It’s a very successful job and very successful in terms of returns to me.

In terms of returns, I don’t know how the home video market operates but are you guys making as much money as the cinema movies?

No, definitely we are not. Some movies are actually not making money in the cinema; people will just go and say what is this and with all the noise you will just find out that the movie is not interesting.

Are you considering the cinema in the nearest future?

I have three movies shot after Oro mi and Olori Amolegbe. Then I have two that I want to do again and one of it has to go to the cinema. The movie is actually epic and it is something that talks so much about our culture. Such a movie will take a lot of money because of all the costume which also includes the Igbos because we want to show our beautiful culture. We have beautiful cultures that we don’t even need to wait for people to come and celebrate with us but because of the ways and manners that we do them, it is otherwise. Imagine when they say they are doing Odun Sopona but as a Christian I won’t go for such, likewise Muslims. And it is not that some of these things that we have are not beautiful like the Osun Osogbo that they do but the ways and manners we have attached it to Orisa and voodoo, nobody will come and celebrate it with you.

This is how much we have sold ourselves; we have so much dumped ourselves into the bin that it is only God that can help us out.

Having started your acting career with soap opera down to home videos; which one pays more?

For me it is the soap opera that pays more.

When I do movies in a month I know how much I realize and I compare it to what the soap opera will give me in a month. If I make one million in a month with soap opera, I am likely to make about 600/700 thousand in home video.

You sound like you are not affected by movie piracy…

I have never been affected by it… I don’t know oh , dem no dey pirate me. My first job, Ewon Laafin, was screened at cinema Odeon in Italy. So, when I came I had been able to make some money before I released it into the market. So when pirates were stealing or eating it, I didn’t know, same as when I made my other movies. So I don’t know if they are stealing or not because it didn’t affect my budget of how much I want to collect from my marketer. But of course, there’s no way it won’t affect you because where you are supposed to make more money, you are making less.

For someone like you who is well doing in her marriage; what do you think could be the cause of some celebrity marriage breakups?

For me, it is God’s grace that has kept mine because it is not easy for us as artistes, especially females, to stay in a man’s house. When you love this job and you are asked to pick between your husband and this job you will say it is this job oh! This job has a demon in it that once you are in love with it you can’t leave it. It would give you so much joy that you will think your husband cannot live up to give you that happiness. But as for me I will say that I am just lucky because if I am to be asked now if I can leave this job for my family, ah, I will beg my husband oh! Don’t even say it because I won’t know how to leave this job honestly.

Are you saying you can leave your family for the job?

I am not saying I will leave my family for the job but I am telling you how devilish, how so passionate you can get with this job that it would come in between two people and you will not be able to make a choice.

Do you kiss in movies?