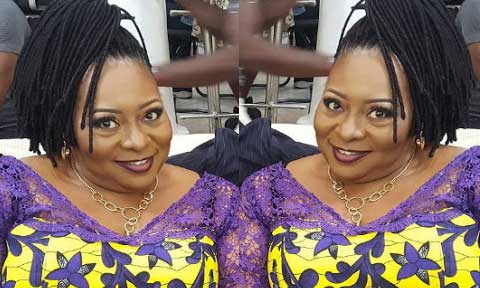 She also advises upcoming actors on sex for role syndrome.

You’ve been around for a long time. Some of those you started with is no longer acting, what is your staying power?

I don’t know. The other day somebody said that I was evergreen and I don’t know what that means. I think it’s because I strongly believe it is a career that has come to stay in my life, and I don’t want to play with it. Every opportunity I get, I try to upgrade myself in different ways. I could go to talk to someone, telling them to teach me how to do this or that. And I’m never too afraid to learn. I’m never too ashamed to ask questions. A lot of my colleagues are, they feel that they know it all.

You started acting before your husband but we don’t usually see him, what’s the problem? 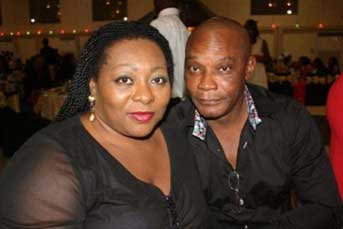 Why have you not gone to the pulpit to preach like some of your colleagues?

Mine is totally different because I’m a Catholic and I’m working directly with the women. I started out as the vice president of the laity in my parish. From there, I became the vice-president of the CWO (Catholic Women Organisation), then I became the president of the CWO, and now I am the PRO of the Lagos Archdiocese of the CWO. We don’t make noise in the Catholic Church, and in my own way I am evangelizing; that is the idea. There are so many ways you can evangelize, it is not by going to stand on the pulpit and acting holier than thou; you must acknowledge that there are women who can learn from you. Go down to the grassroots, leave all the noise because there are pastors who can do all these, come down to the grassroots and help these women. There are so many ways that you can help and you will be ministering too. Do you remember Deborah in the Bible? Was she a pastor? She was a judge, how was she judging; she would sit down under the tree and people will come out to ask her questions. She was just like our mothers; they will raise their òmús (palm fronds) and people will take note. They did not need to make noise, and they were still contributing their quota.

What do you have to say about sex for a role in Nollywood?

I pity them (up and coming actresses) because, at the end of the day, it comes down to naira and kobo. If you feel that you can use sex (as a ladder), you can only get far but you can’t get really far. If you don’t have the talent, all the sex would be useless.

Are you saying that you cannot use sex to get really far?

You cannot, because the camera does not love your look. If you do not show something to that camera, which makes you look distinct; then you will just be like anybody. 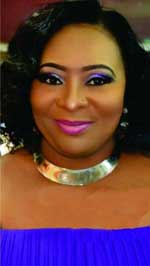 So, one cannot use sex to be a star

You cannot but you can add it (sex) to it. But if you don’t have the talent, you cannot go all the way. Talent is the very first thing, make sure you have that talent, and you are willing to hone your skills or talents. But if you feel that you can climb, then sleep around. If you take time to hone your skills, work on your talents, then you wouldn’t need to do the sex (thing) and you would never do it. I was never asked to sleep with anyone to get to anywhere. And I have been in this industry for 16 years.

How do you juggle being an actor, teacher, and mother?

I don’t know. I think it is God because sometimes I don’t feel like I’m doing anything and I’m always busy. I thank God because He has given me the grace I need, even with all the stress I go through.

What is the craziest thing a fan has done to you?

At a bus stop somewhere in Port Harcourt, I made the mistake of making an inquiry from someone, as I was about to get into a taxi. Before I knew what was happening, people had surrounded me. They put me in the taxi, but at the same time, it couldn’t move for almost 30 minutes. They mobbed me, I felt so much in love (with the people), but at the same time, I felt embarrassed about it and I don’t want it to repeat itself again.