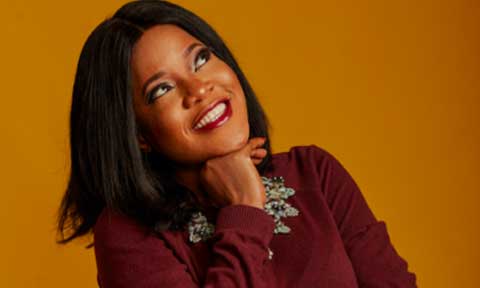 She obtained a Higher National Diploma certificate in marketing from Ibadan Polytechnic and was in the same class with Dibie, C.B.N aka x7, Toyin Abraham recently starred in a movie called Black Val

Since you started your own film production, everything you touched has turned to gold. What is the magic?

(Laughs) I wish I could say there’s a magic to it all but honestly the accolades go to God and hard work. The hard work is not just from me but from the cast, the crew and everyone involved in the production. Often times it gets overwhelming, you question your ability to pull it through but at the end of the day, you realize that you are not in it alone and you are surrounded with people that have success flowing in their veins. It becomes something worth doing and then we deliver something beautiful to the fans. So there’s no magic, just hard work.

What or who prompted your desire to veer into film producing?

Passion! The love of doing something you know will not only impact others but will bring some sense of fulfillment to you also. I love acting. That is what I know, what I love to do and will always love to do but somehow I knew it wasn’t enough. I wanted to do more. It was an easy decision for me to go into film production, that way I get to do more than just act. My passion for acting drove me into production. I would not say I’m perfect but so far I have enjoyed every bit of it and I look forward to doing greater things.

One would also notice that your break came after breaking up with your husband, in what ways would you say marriage was a distraction?

Marriage is never a distraction. It is a decision you make. We all have our stories, mine just happened to push me into something greater. I was never distracted by my marriage. I’d say the right word is time. I believe it was time for my big break and it happened when it was supposed to happen. It was my time and I believe in destiny a whole lot.

Of the three last films that you have ‘made’, which one is the most remarkable and why?

They have all been remarkable to me. I put as much effort as I can in my movies. I grow each time I put my job out there. They all come with their challenges and their gains. My level of commitments never diminishes. So it’s hard to choose between the three. I see them all as achievements and lessons to be better. It’s not easy to name one and if you have watched the three you will agree with me on this.

How is your current film doing at the cinemas?

It’s doing really great. I am nothing without my fans and they have shown and proven to me over and over again that they’ve got me. Seven and a Half Dates is doing really great. The reception has been fantastic. I do this not just for myself but for my fans and everyone who enjoys watching movies. To see and hear great reviews from them gives me joy. Thank you Nigerians. Thank you Toyin Titans.

What is the next project you’re working on?

I am starting auditions for Alakada Sitcom. Alakada was a huge success. I believe this will be the same for the sitcom as well. I will be giving lots of people a chance to showcase their talents with this sitcom and I really can’t wait to show the world what we have been cooking. I have a big picture for this project. Aside from this, I have other projects coming up which will be disclosed soon enough. Till then, let’s keep our fingers crossed.

How much time have you had in the last three years or so acting in other people’s productions?

Our job is always time-consuming no matter what we do. It’s part of the package. I can’t say for sure how much time I have had but what I can say is I take time to rest as often as I can. Health they say is wealth and I take mine seriously. I make sure that when I am not on set, I have time for myself and my family. Even when I am on set I always make out time to catch my breath no matter how busy I get.

Are you gradually saying bye to the core Yoruba film sector?

I am an actor. My job is to be able to pull off roles regardless of the language attached to it. I am lucky enough to be able to do both. I won’t quit one for the other. My talent is wide enough to cover both grounds. You want Yoruba, I will give it to you, you want English, I am your girl. In fact, I look forward to doing Hausa roles. Does this mean I want to quit one for another? No. I am not limited to one, that’s what makes an actor a good actor. There is no gap between us. We are one. I find it funny when they tag an actor as a Yoruba actor or English actor. We have all evolved. We only have a movie sector and it’s called Nollywood.

What is one habit you wish to change about yourself?

I appreciate the importance of self-love. I always tell people that appreciate who you are regardless of the flaws and the imperfection is key. For this single reason, I wouldn’t want to change a thing. Like I said, I’m not perfect. Whatever it is that I have, it’s part of me and I have come to appreciate that.

What is one memorable experience you had with a fan recently?

That will be during my meet and greet for my movie. A fan couldn’t control her tears when she saw me. I was shocked not because this was the first time something like this would happen but because I realized I must be doing something right for this to happen. She cried uncontrollably while trying to laugh at the same time. I hugged her and she held on to me so tight that it took everything in me not to cry as well. I’m an emotional person and seeing that, I said a little prayer to God thanking him for who I am and for making me remember this. I will never forget that day.

How have you been handling ‘toasters’?

Fine girls like us, na dem dey rush us (Laughs) I don’t know really. I can’t even say this is what I do or what I don’t do. I am very accommodating but I also know how to draw the lines. I believe everyone has a right to express themselves. It’s left to me to deal with what needs to be dealt with.

We hear of your plan to remarry, how soon is this going to happen and who is the lucky man?

Just like you heard of my plans to remarry, you will also hear when it will happen and who the lucky man is. I won’t be able to escape it all for long. (Laughs).