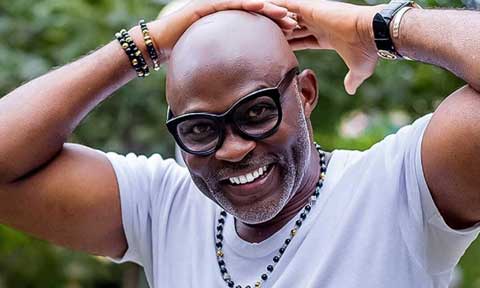 The actor announced this via his social media and thanked his wife, Jumobi Mofe-Damijo his team and partner for their support and creativity towards the realization of this dream.

In his message, Damijo explained all the anxiety he went through over the last five years that he toyed with the idea. He also had a word of encouragement for anyone having doubt in starting a new venture.

Below is his full message “New ventures are never easy. From conception to execution is fraught with all kinds of challenges and emotional roller coster. Here am not now even talking money or the resources.

Just dealing with the moments of self doubt, nay-sayers, criticisms some constructive, others condemning, some destructive many reassuring.
Sometimes it is a battle to keep the negatives down and stay in prayer and trust God to be God.

You would think that after all these years in the business me wanting to do a TV series of my own would not be a big deal right? Lie. It has been an uphill journey as I am as challenged if not even more so than most people who have taken up similar ventures. I am my own worst critic and i set standards for myself that sometimes my partners call unfair but hey, it is what it is.

READ ALSO: My Man Is Free To Cheat On Me-Actress, Boma Arinyedokiari

@moabudu @johnniewalker and my wonderful team of creative minions who work tirelessly day and night to make Papa Bear look good.
Thank you guys, God bless and enlarge your coast.

For every other person wherever you are trying to start something, no matter how small or big and has doubts, just know you are not alone. We all have fears and doubts, it is what you do with them that matters. I have learned to trust the Spirit of God and He helps me ride mine, master it and let it become an inspiration to do more. Welcome to the wonderful world of The X Family.”

Richard Mofe-Damijo (popularly known as RMD) is a Nigerian actor, writer, producer and former Commissioner for Culture and Tourism in Delta State. In 2005, he won the Africa Movie Academy Award for Best Actor in a Leading Role. A 1997 graduate of Theatre Arts from the University of Benin, RMD also read Law at the University of Lagos where he graduated in 2004. He is married with childre