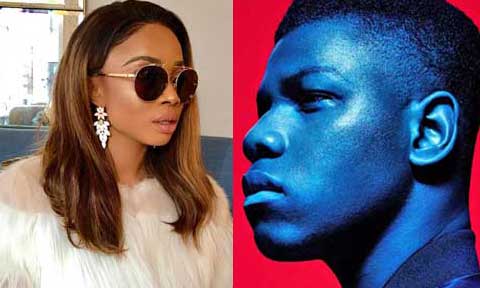 Read Her Narration below; 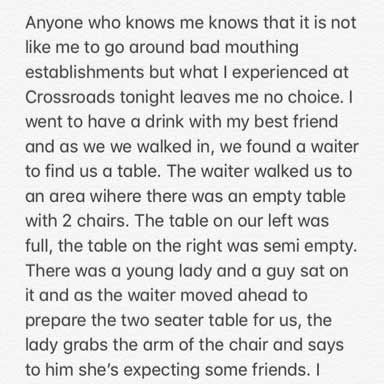 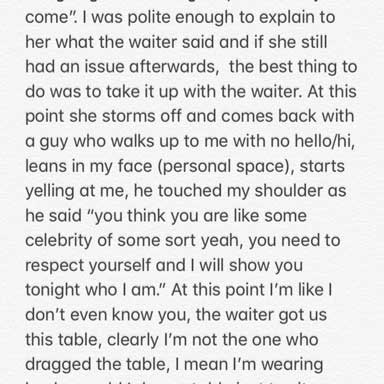 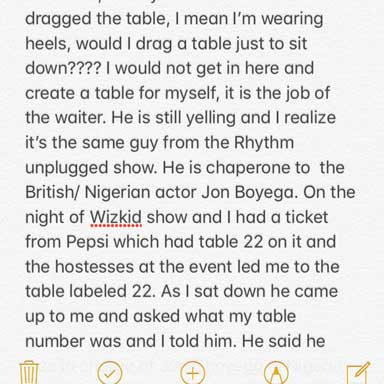 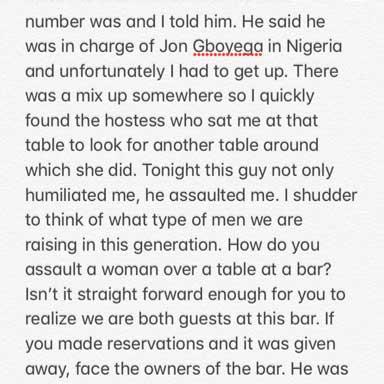 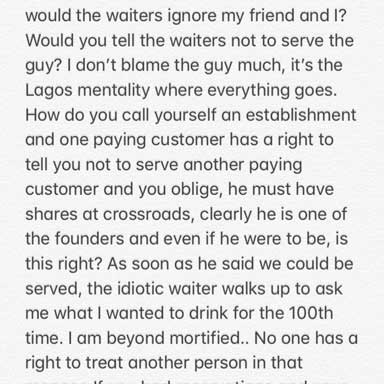 @blaccoffee_ wrote: Gosh I feel really sick after reading dis….This is so disgusting and pure wickedness. I don’t even know who dis dude is buh WTH. Hmmm immediately I started to call d waiters nd I was ignored, I would ve gotten up already. There is no much time to waste come on,the food and drink ain’t free na even if it was free I really hate to be embarrassed. I am gonna spend my money and I am getting humiliated for it. Obviously Crossroad or what ever it is called is a No No No for me mbok. Only in Lagos Only in 9ja. RUBBISH……Pele Toke,

@chocklitlover wrote: “And by now he must be proud of his “accomplishments” If he didn’t think you were much of a big deal then why did he dedicate his whole night to proving a point to YOU ??‍♀️. Toke you stayed too long. The moment a bar didn’t have enough seats, a classier location should have been on your mind… except the problem was the traffic you’d have had to face again. @tokemakinwa”

nolimitgyenee wrote: “See them, they are everywhere. I mean idiots. Smh. This nonsense only happens in Nigeria. @tokemakinwa don’t mind him, he hasn’t been paid. Hunger. Idiot. He has a problem with you even though you don’t know him. Terrible”

An Instagram User says she doesn’t understand why Toke and her friends, stayed at the same restaurant for over 2 hours, after being humiliated by the said bodyguard.. She wrote; “I don’t understand why you and your friend stayed there for 2 hours after being assaulted and humiliated by a man. I am sure there are other places in Lagos to have drinks. As soon as the first lady raised her voice, you shoulda got up and silently exit the bar. Period. That would have saved you a lot of headache.”

chocklitlover wrote: Lol with all his efforts to get popular through Toke, we still do not know his name or what he looks like… Falz rightly said “you fit fake your own death, you fit still no blow”

sohnimadagua wrote: “Waiters usually don’t like to respect ladies without male company,which is highly retarded…but this experience is another level of disgusting!!…sorry @tokemakinwa … i hope everyone boycotts that bar?”

avokeroyen wrote: “Am sorry for what happened to you, but I don’t think dragging the restaurant to social media first is right. Clearly from your write up the waiters were initimated by the guy, which is something you should have taken up with their manager. I mean they even fought for a table for you before the guy bullied them not to serve you. Clearly the bully is the major problem here and its his name that should be dragged to the mud not the restaurant. You are a business woman, imagine if your business was dragged to social media because of the sins of a staff which was even out of intimidation. Pls this is my own opinion, insults are not permitted here. Thank you” 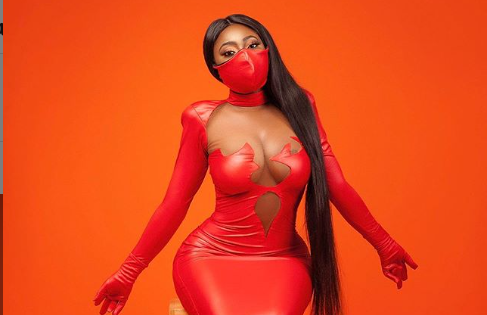