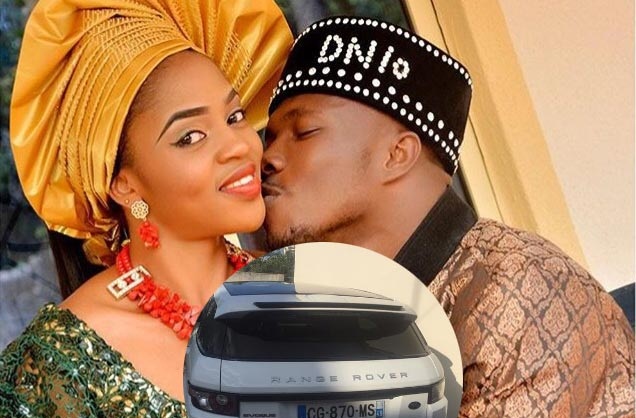 When you love someone, it’s natural for you to have certain expectations from that person. But out of desperation, a lot of people lower their standards of how they should be treated by their partners. They overlook so many things which may be a pointer that you are just an option and not a priority.

A lot of people out there are under the impression that they are a ‘serious girlfriend’ or ‘wife-to-be’ when in reality, they are nothing more than certified side chicks, a play thing or booty call.

Everyone wants to be reassured in love, because uncertainty could drive one crazy. It hurts a lot to discover that you have been wasting your time and emotions on someone who never considered you a priority and you’re eventually left alone to pick up the pieces of your life.

Everybody feel like you’re being taken for granted in your relationship? Watch out for these signs to know if you’re an option or priority.

1. He won’t introduce you to his family/friends: If you’ve been with this guy for over a year and you haven’t met his friends or family, you are clearly just an option. If he has never asked you to hang out with them, go to a party or get together with them, then you need to start thinking of moving on.

Sure, you may not want to hang out with his friends much, but it should be your decision and they should at least know you.

2. He never takes you out: If all you do is hang out with him in his house, you are definitely a side chick. Chances are that you are a secret and he doesn’t want to be seen with you in public. He probably has some other girl, who he doesn’t want to find out about you.

6. He only calls you at night even on weekends: Some guys will give the excuse of being ‘too busy’. If you are that important to him, he will not wait until the day is almost over before he remembers you exist. If he is not too busy to call other people and pick calls, he shouldn’t be too busy to call you.

7. He doesn’t spend the holidays with you: We know there are situations where he may have to work or handle an important issue but even then, he can still squeeze out a little time for you.

9. They are never there when you need them but they expect you to always be there: If he’s not there the majority of the time, especially moments when you need him, you need start thinking of moving on and getting someone who truly cares. The funny thing is this same guy who is not there gets angry and picks a fight when you are not around during his time of need.

10. They keep bailing on you: You make plans to see or hang out and he keeps cancelling and giving excuses. Most of the time, on the planned day, his phone is switched off and you can’t even reach him. At the end of the day, he comes up with a flimsy excuse.

11. It’s a one-sided relationship, and that one side is all you: If someone wants you to be in their life they will make room for you. Why should you be the only one putting in all the effort while he does nothing? Why should you be the only one making the calls and checking up on him? Communication is a two-way thing. If he isn’t putting in any effort, he obviously are not a priority in his life.

So, if you’re in a relationship where you have to keep wondering where you stand, it’s high time you started thinking of moving on to something better. Gracefully walk away with your self-esteem intact.

Chances are that this guy is not looking for a real relationship at the moment or at least not the kind you’re looking for.