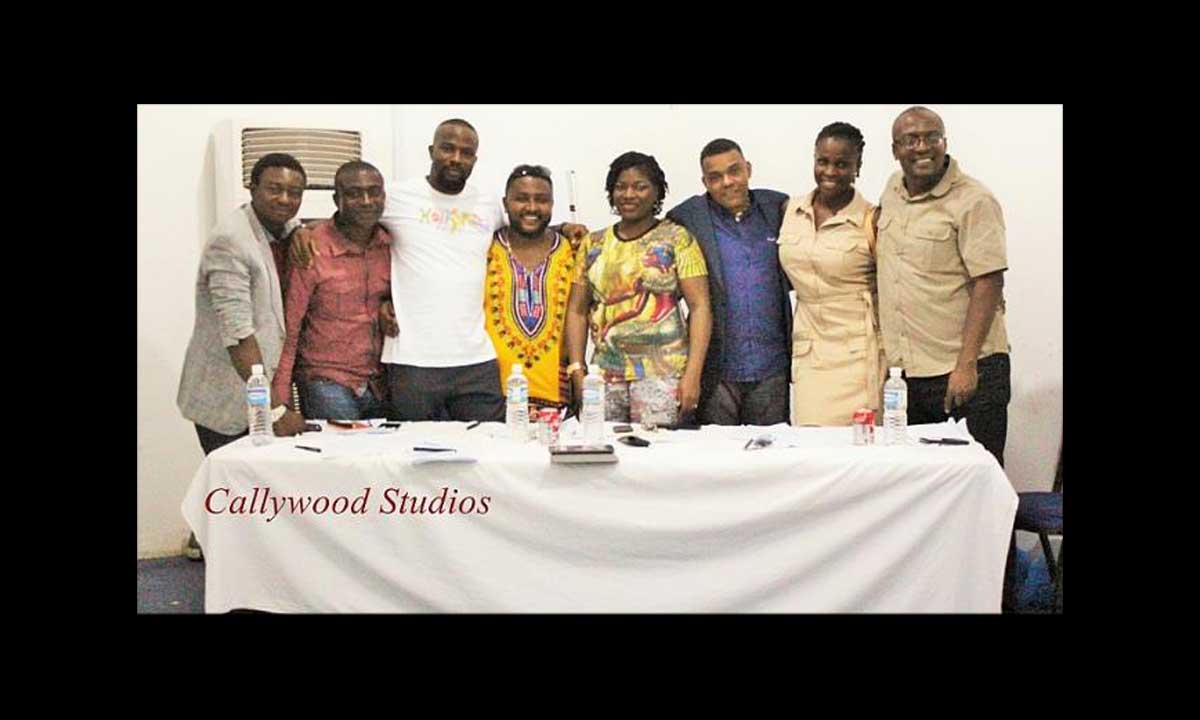 We have taken note of all the outstanding contestants and have chosen a few to star in our first two upcoming Hollywood Meets Callywood films. We intend to shoot our first film in October this year, by the grace of God, so that our new Callywood actors can have adequate time to train for their roles and get into character.

If you auditioned, please do not worry if you have not yet been picked, as the selection process is ongoing and we still have many films in our coffers which other contestants may be suitable for.

Also, in case you missed our Behind The Scenes adventure at Obudu Cattle Ranch which included #OgaPilot and ace #CallywoodStudiosDirector Frank Macaulay, expertly capturing the entire resort with his drone, you can watch the videos and view the photos on my Instagram page @egorefiokladyboss and view unseen video footage here:

Callywood Studios are also pleased to announce that we have signed an MOU to screen all Callywood films in Hollywood. More details to emerge later.

There was such a large turn out in response to my first casting call (http://e4pr.net/?p=1114), that we finished at almost midnight. Please click on the link below to view and download photos. The photos depict my narrative below. See if you can guess the interesting "scenes" :)

Nollywood veterans Charles Novia and Blessing Effiom Egbe flew into Calabar to join our judging panel of myself (Director General Callywood Studios) and Callywood Studios Director, Frank Macaulay, as guest judges along with Hollywood Meets Nollywood film, Turning Point's Award Winning lead actor, Igoni Archibong. Igoni's presence as a guest judge was to inspire our wonderful hopefuls, as he has been through the same process and came out of it successful and with 2 Best Actor awards to his name. Watch him in action

SPOTLIGHT ON SOME INTERESTING CONTESTANTS

We met a lot of interesting contestants and we look forward to working with all of them. Below are a few who caught our attention.

Mr Eyo is a writer and he brought his latest book to show us. Simply put, Mr Eyo will get what he wants whether you like it or not. Even after his time was up, he remained resolute and was not going to budge from his stance to niggle us. He ended up having all the judges in stitches...even "Simon Cowell-ish" Blessing Effiom Egbe and Frank Macaulay could no longer keep up their strict demeanours and joined us in laughing uncontrollably. Mr Eyo had initially informed us that he was not an actor and that he was only interested in us buying his book for a film adaptation...but after the "drama" he had inevitably performed to make us laugh so much, we decided to test his acting skills anyway and asked him to improvise a scene playing Igoni's dad. Watch the scene here:

This scene was unplanned. Mr Eyo just made it up along the way and Igoni picked up from where he left off and so on. Very good improvisation for a first timer. You see...Mr Eyo didn't even know that he had it in him. He was our most interesting contestant of the day and we look forward to working with him in the near future.

24-year-old Oby is from Yakurr LGA and himself and his friends whom he auditioned with, held us spellbound. Oby has been chosen to star in Callywood Studios upcoming Hollywood Meets Callywood (paranormal) film and is being intensively trained now for his role. We will definitely work with his friends at a later date too.

22-year-old Emmanuel Eneji from Bekwarra LGA is another one to watch. He charmed the judges throughout his audition and was very confident. We will definitely work with him.

Evelyn Bankong (aka Eve - B)

20-year-old singer and actress, Eve - B from Boki LGA, is just sensational and has been cast in Callywood Studios upcoming Hollywood Meets Callywood

My good friend, Jude Idada, Director of Multi Award Winning film, The Tenant, flew in from Canada to join our judging panel as guest judge along with Igoni Archibong (again). Jude is collaborating with myself to write two of Callywood Studios upcoming Hollywood Meets Callywood films. AIT were also there to capture us all live. If you missed the programme, you can view screenshots in the link above where the rest of the audition photos are.

SPOTLIGHT ON SOME INTERESTING CONTESTANTS

22-year-old University of Calabar Law student from Obudu LGA, MT, simply wowed us. MT, who is also a singer and rapper, has been chosen to star in the female lead role of Callywood Studios upcoming Hollywood Meets Callywood (musical) film which will feature lots of musical acts. MT is being intensively trained right now for her role. Watch her in the short clip below with 20-year-old comedian, Kingsley Ishamali, also from Obudu LGA. MT acted many roles with different people all day because she was so good. This was her last act which I instinctively decided to capture with my phone. MT also won the Cross River State Most Beautiful Girl beauty pageant in 2014.

25-year-old University of Calabar Theatre & Media Studies student, Monica Okezie from Abia State, captivated us with her husky voice and lovely personality. She can sing and act too. Monica will also star in Callywood Studios upcoming Hollywood Meets Callywood

23-year-old Jemima Michel from Imo State and 21-year-old Gift James from Akpabuyo LGA in Cross River State, met at a beauty pageant where they were both contestants; Gift was eventually crowned the beauty queen. Their friendship blossomed from there and they are now like two peas in a pod, sharing similar hobbies and activities, including attending the same church. Gift was the more chatty one while Jemima did not say much.

When Jemima and Gift were quizzed about their favourite activities, Gift quipped that their only favourite activity was church, church, church...and more church, while Jemima nodded in agreement. Guest judge Jude Idada then asked them to improvise a scene in church where the good choir girl (Jemima) who hardly speaks, gets irritated at fellow choir girl Gift's constant singing and proceeds to say nasty things to her. Ironically, Jemima looked and dressed the part (good quiet choir girl), hence you can imagine our pleasant surprise when Miss goody-two-shoes Jemima transformed thus in this scene (link below).

It reminded me of the scene between Jason Biggs and Alyson Hannigan in American Pie 1 towards the end where she really SHOCKED him (if you get my drift) ;)

Big ups to Jemima and Gift for this perfect improvisation. Btw...don't flinch at the sound of that slap...that was #OgaPilot and ace #CallywoodStudiosDirector, Frank Macaulay, adding his sound effect for maximum impact. Watch him cameo at the end too as the bishop while Igoni played the pastor.

Brother and sister singing duo, 14-year-old Bobby and 11-year-old Lexeye from Biase LGA, are multi talented. They can sing, rap, act, play the piano, saxophone, piano etc. Bobby Lexeye reside in Atlanta Georgia and have been touring Nigeria, showcasing their talent. Bobby may also be cast in Callywood Studios upcoming Hollywood Meets Callywood (musical) film; He is being trained for a role at present. Watch Bobby Lexeye in their vulnerable states doing what they do best here and here. You can also watch their music videos and read all about them on their website:

Our next auditions are on 9th July 2016 at Tinapa Lakeside Hall from 12pm. Please do not come if you have already auditioned, as we already have your data in our database.

Video of Governor Ben Ayade Riding On The Calabar Monorail

We saved the best for last. #OgaPilot and ace #CallywoodStudiosDirector Frank Macaulay, flew his drone to capture this bird's eye view of Tinapa Resort showing Calabar International Convention Centre, Calasvagas City etc, including Governor Ben Ayade riding on the Ultra Modern Calabar Monorail. Click on the two links below, respectively, to watch the video, view photos and to read a more comprehensive report.

Many thanks for reading and have a nice week ahead.