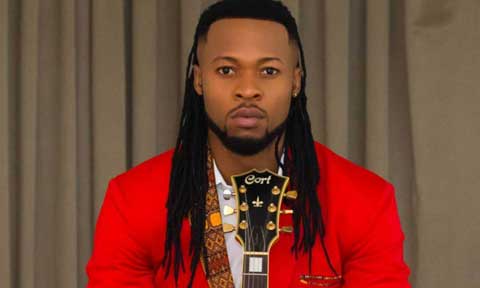 Prominent on the list is afro beat musician and son of late Fela-Anikulapo Kuti, Femi Kuti. Others are Nigerian recording artist, dancer, songwriter, and performer, Chinedu Okoli, popularly called Flavour N'abania, Diamond Platinumz, a Bongo Flava recording artist and singer from Tanzania and one of Nigeria’s most prominent female

Femi Kuti who started his own Positive Force band in 1986 is renowned for a percussive blend of jazz and funk to his music. He has established himself as a true afrobeat legend with his own unique style. One of his most explosive track is beng, beng, beng.

Diamond is best known for his hit song "Number One" which kept him on top of the chart for a long period. He is very influential among his fans, and is said to be the most loved and decorated Tanzanian artist at the moment. Apart from being the highest selling Tanzanian artist of ringtones by mobile phone companies from 2013 to date, he is also one of the artists earning the highest income in the African Great Lakes region's music industry.

Flavour, the prolific Nigerian recording artist, dancer, songwriter, and performer will also add colour to the night. He is known across Africa and the rest of the world for his massive club banger, "Nwa Baby”.  He is expected to enliven the hall with his scincomitillating dance steps and flawless delivery.

Sessime (Bidossesi Christelle Guedou) is a leading musician from Benin Republic and has to her credit many albums including “Wazakoua ” meaning save the children. The album received biggest musical awards including Benin Golden Awards, SICA, Benin Top 10 Trophies, Hokan and others. She will, no doubt, delight the crowd with her free flowing songs and the electrifying dance steps of her dancers.

Also billed to perform at the event is Nigerian singing sensation and Glo Ambassador Omawumi.  The crooner has released many hit tracks including “Megbele “and “If you ask me” . Omawumi who is loved by many because of her vocal prowess and captivating personality will no doubt wow the guests with the combination of electrifying drums, well organized lyrics, and amazing delivery.

Other acts billed to perform at the show include the South African group, Muffinz who have unleashed atheir beautiful world of eclectic soul music on the South African public. The music of Muffinz is so new, yet so soulful and so accessible, that it appeals to all age groups, races, classes and sexes. The five musicians are great singers in their different genres of expertise.

Yemi Alade is a Nigerian Afro-pop singer who made her musical debut in an all-girl group called Noty Spices in 2005, but her music became widely popular after she won the Peak Talent Show in 2009. She later released her first single "Fimisile" under the Jus' Kiddin' label. Alade has been featured on the covers of several magazines and performed around the world, sharing the stage and songs with Mary J. Blige, Shina Peters, M.I, Wizkid, Becca, May D, Waje and Yemi Sax.  She released her debut album, King of Queens, on 2 October 2014, while the second titled “Mama Africa” was released in March 2016.

All these artistes will be joined by the duo of Nigeria’s top Disc Jockey, DJ Jimmy Jatt, who will delight the guests with good music and ace comedian Gordons who will treat guests to good comedy at the “Meet and Greet session” and also during the awards gala.