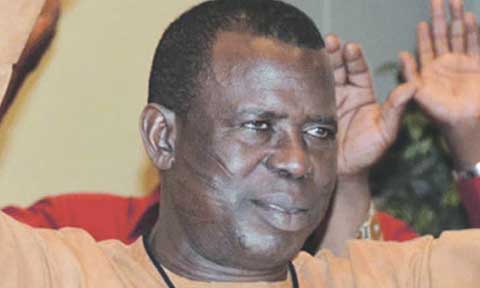 What started like a child's play today now grew to adulthood. Ayewa International Gospel singers is 40 years and ready to celebrate the goodness of God in the life of the band and the leadership.

What started like a child's play today now grew to adulthood. Ayewa International Gospel singers is 40 years and ready to celebrate the goodness of God in the life of the band and the leadership.

What started like a child's play today now grew to adulthood. Ayewa International Gospel singers is 40 years and ready to celebrate the goodness of God in the life of the band and the leadership. The unique identity of the group came forth in the year 1976 at Christ Apostolic Church , Kawo, Kaduna . Brother Amusa, as Pastor Adelakun was then called enrolled in the church choir in 1974. He was then the composer for the church choir. According to him, he composed some of the choir songs then still in the Army.

But a day came in the church when the Lord spoke to him to gather some talented singers together to form a singing group apart from the church choir. So, he obeyed to select and call to the vision five people. By this time they had not named the group at all, they just sang and performed in church as the need arose. The names of the five members that started singing with Pastor Ayewa then are: Brother Mike Olorunponmi, now Pastor, sister Elizabeth Sola Oludare now Evangelist Mrs. Olorunponmi, Brother Roland, the first Organist, Mrs. Ebajemito and Brother Abbey now Pastor Abbey.

But there came a unique Sunday when this group rendered a piece title ‘Akuku ye wa’ meaning “It shall be well with us” after this great and powerful rendition, members of the church began to meet Pastor Ayewa thanked God for the piece rendered because the whole church members were blessed and so they developed interest in the group.

The group later met to choose a name for the band so as to avoid calling the group Brother Amusa and co. members were given opportunity by the leader Brother Amusa to suggest names and the following names were suggested:

Immediately somebody heard the fifth name, he quickly added international and called it Ayewa Gospel singers international. They all supported the fifth name but they concluded to re arranged the words. That is why we now have the name of the group as an Ayewa International Gospel Singers till date. “The mystery of the international then did not come to my mind to mean the mission to the world but I believe it was the Holy Spirit speaking through us then. We did not even know that we will produce any album not to talk of going to any country abroad”, Pastor Adelakun said.

Today, the group has lined up activities to celebrate the forty years of the uniqueness of God come 7th of May 2017 at an event slated for 10 degrees event centre in Lagos. To lead the pack of dignitaries at the event is the General Overseer of the Redeemed Christian Church of God, Pastor Enoch Adejare Adeboye to be supported by some top Gospel artistes in the land including Nathan Bassey, Ayan Jesu, GOMAN President, Evangelist Funmi Aragbaye, Bola Are, Yinka Ayefele, Ologo Ara, Ebenezer Obey Fabiyi, King Sunny Ade among others.

Amona tete Mabo was one of indelible albums of Pastor Ayewa, why and how come? You would also remember that this was the album that brought Pastor Adelakun Ayewa to limelight. Almost every recording store, Danfo Driver, trader, family has a copy of this album. It was indeed an album of breakthrough. “How many churches and people knew you before this repeated 9th album? He responded by saying: “My family, churches were that channels through which we sold our albums then. But when the fullness of time came, the group was brought out to shine by the divine instruction to repeat just an album. People of God especially the gospel musicians should learn from this.