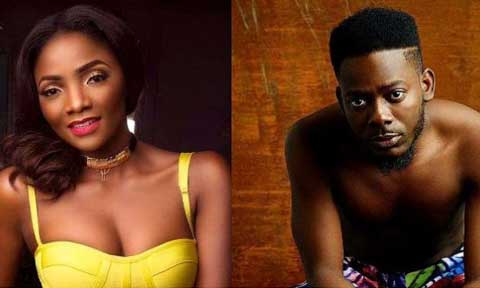 The three artistes to perform at the live show have all indicated their preparedness towards the upcoming event.

The concert will be airing performances from three great artistes; Adekunle Gold, Simi and Praiz. It will be live at the Muri Okunola Park, Victoria Island, Lagos. It is coming as a Valentine bonus for music lovers. The organizers X3M Music, says it would offer memorable experience.

This concert will bring Simi and Adekunle gold together in the public but not has lovers, but to perform some songs together.

Simi is also prepared for the show and according to her she has will be doing what you think you know in a different form.

She said; “You can recreate something that already exists. My band, for example, when we are making a song, we can change the arrangement of the guitars or the drums; we can make something that is slow faster and something faster slower. You can do something entirely different; you don’t know what you are going to hear next. You know the song, but you don’t know the form you are going to hear it. That’s why I prefer live music because you can do anything you like with it; yet, it’s still the same material.”