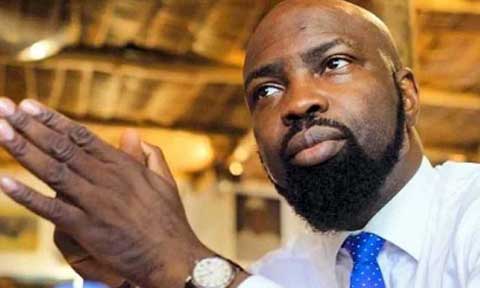 Paul Okeugo has announced the commencement of moves to secure the arrest of his partner, Audu Maikori who was arrested yesterday by security operatives for a controversial Facebook post that could have aggravated the crisis in Southern Kaduna.

"My name is Paul Okeugo and I have been Audu Maikori's friend & Partner for years and know him to be a very honorable and passionate man. Audu genuinely cares about Nigeria and everyone in it . He is not one to spread false information or advocate violence. Together we have strived to create a better future for all young people in Nigeria. Audu exemplifies the kind of qualities we sorely need in this society.

Today Audu has been picked up by law enforcement agents over his advocacy about the killings in #SouthernKaduna and he is presently being held in custody.

I would like to reach out to fans and friends of Audu and our company that we all should please exercise patience and remain calm. We appreciate the massive love and support we have received and continue to count on that goodwill . There is no Chocolate City without all of you!

We are working to secure his release and have reached out to friends who realize the importance of sustaining democratic ideals in a country as fractured as ours.

Meanwhile, Nigerian Police authorities today (Saturday) confirmed that the owner of Chocolate City entertainment, Audu Maikori has been arrested noting that he is being investigated for false information capable to causing religious and communal crisis.

Though the officer declined to disclose the exact department that made the arrest, he however said the Police has a duty to ensure investigation of allegations and petitions made by Nigerians especially one that is capable to threatening peace and stability in any part of the country.

A senior officer who spoke to Vanguard on condition of anonymity Saturday, wondered why the hue and cry about the arrest of the entertainer saying since there was petition and evidence of committing an offence against him, it was the duty of the police to carry out investigation.

Recall that the social media was awash on Friday night with reports that the Chocolate City owner was arrested in Lagos and moved to Abuja by the Police authorities.

The officer while confiding in Vanguard, asked, “Do you know the number of persons, particularly the youths that follow the social media. Imagine sending fake information about killings of one group in a situation of crisis which did not exist. Are you trying to ignite more killings or bloodshed among people who have lived together for years or what?

“Any way there is no cause for worry. Investigations will clear the air about the allegations against him. The police will not just arrest people without a reason”.

A senior police officer who was deployed to Southern Kaduna for security duties to checkmate the violence in Kafanchan and other towns in Southern Kaduna last week told a reporter that contrary to the wild allegations being peddled by people fanning the crisis, 800 people were not killed in Southern Kaduna.

“Between my God and I that is talking to you, the number of deaths since this crisis started has not been more than 20. Nobody is happy about it but we are doing everything possible to contain it. These people causing the crisis should not make things worse for security agencies” he said.