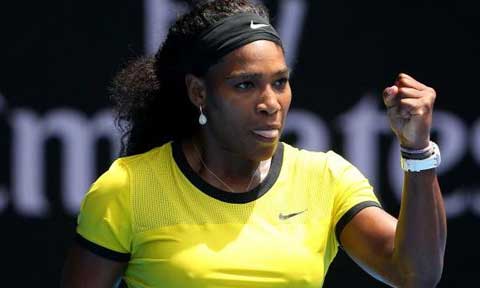 The tennis superstar made the announcement in the form of a sweet poem she shared on Reddit, the website 33-year-old Ohanian co-founded in 2005.

“I came home a little late, someone had a bag packed for me and a carriage awaited destination. Rome!

“To escort me to my very own `charming’. Back to where our stars first collided,” wrote Williams on her newly verified account.

“And now it was full circle,at the same table we first met by chance.This time he made it not by chance but by choice.

“Down on one knee, he said four words and I said yes.’’

The News Agency of Nigeria (NAN) reports that the poem was accompanied by an adorable cartoon of the couple.

Ohanian had also replied to Williams’ post by saying “And you made me the happiest man on the planet.’’

NAN reports that the couple have kept their relationship largely under wraps, with Williams sharing just a few Instagram photos of them enjoying time together with friends.

Williams had made headlines by chasing down a mugger who grabbed her phone while she was dining with Ohanian in San Francisco in November 2015.

This caps off a year in which Williams won her seventh Wimbledon singles title and 22nd Grand Slam singles title, but dropped to world number two ranking.

However, the couple won’t have much time to celebrate just yet as Williams is currently in New Zealand preparing to compete in the ASB Classic.

NAN reports that Ohanian is an American internet entrepreneur, activist, investor, and best-selling author born in the Brooklyn borough of New York City and based in San Francisco.

Reddit is a social media community where users group around topics, news articles and discussion points, rather than around people they know in offline life.

Ohanian founded it in 2005 alongside a college friend, Steve Huffman.(NAN)