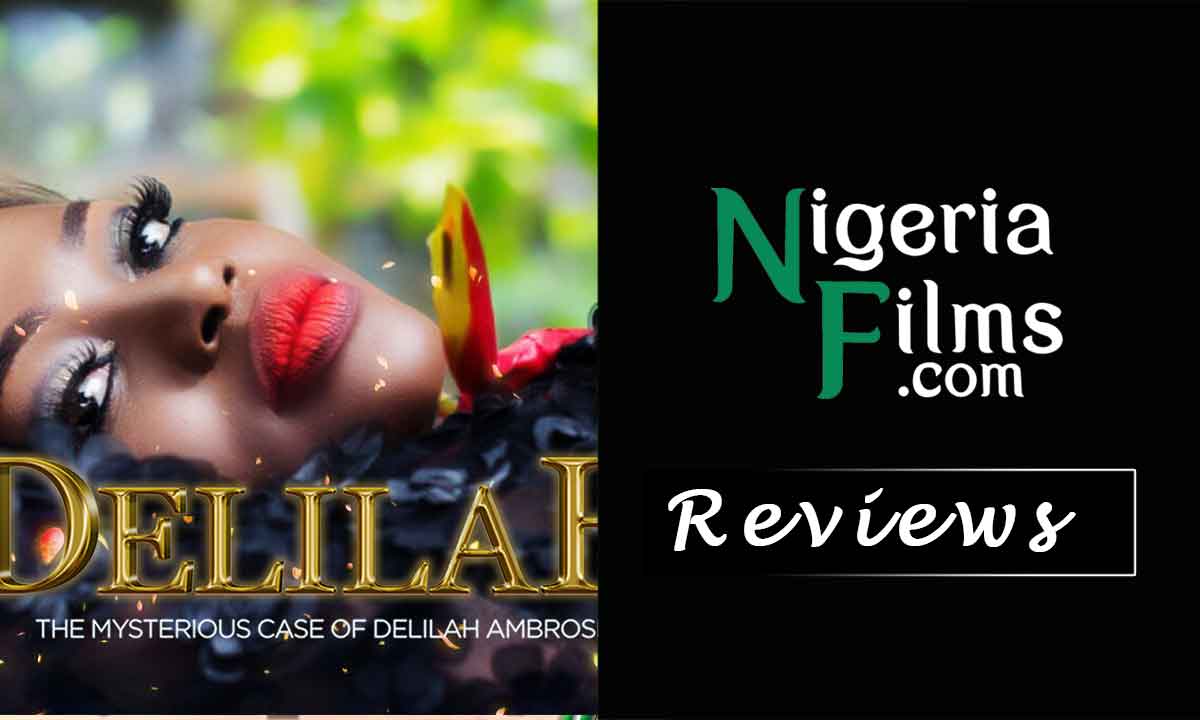 Delilah Ambrose is a young woman of 26 and at that age she has been in five marriages with each husband dying after the marriage. When she marries the last man in a rush and he dies barely a week after the wedding. Her life becomes an open book. Her husband’s first wife and his bereaved children cannot believe that the father they have loved all their lives and who has proved to them that he was the best they could ever ask for, is capable of marrying and handing over all of his wealth to a woman he was barely married to for a week. With this they drag Delilah to the court and a revelation of her past life becomes an open book. She has some worms in her can.

Delilah almost has a spell on the men around her, she manipulates them without trying, she gets them to do her bid without doing too much and this is where the interest is stirred. Who is Delilah Ambrose?

I don’t see many films featuring the court in Nigeria, there was Ije that was brilliantly written but every other one seems to be a film made with hunger, to feature a court and lawyers. Delilah is one of the well-written court series and when it gets out of the court we pick some problems with the script. The first scene features Clarion, she is told of her husband’s death and in the very next scene, Delilah walks into the hospital, her husband’s children are there but they can’t sign the papers to get their father’s body released from the hospital and as soon as Delilah arrives, she signs and from there we see how much power she controls. She calls a lawyer at midnight and just like that he accepts to defend her in court. And by episode 2, her lawyer Jason Attah (Micheal Okon) is already falling in love with her and by the fourth episode, he attempts to kiss her. Everything moves too fast. The court scene in episode 4 on the other hand, was overtly confrontational when Delilah’s ex-husband’s lawyer is on the stand. Strong demeaning dialogue like “you are a liar and you will always be a liar” are used to intimidate the lawyer, which goes a little bit overboard. It is almost like Paul Obazele wanted to shame him ruthlessly for his past which involves adultery.

Delilah belongs to Clarion Chukwurah and Paul Obazele, they play the game beautifully. The veterans make Delilah what it is. Paul Obazele embodies, perfectly what a vindictive lawyer is and he will make you envy lawyers, as well as spark the interest of a robe and a wig. He is sensational. He is infectious.

Clarion on the other hand, is the perfect ally. She is endearing in her role. Okawa Shaznay does not do too much here. She renders her line like the mysterious woman she is. She is admirable but the blazing fire is not there. She is the lead character; her regular sitting by the piano did not contribute to the mystery that was supposed to be portrayed on Delilah.

Frank Rajah does a wonderful job on Delilah, some scenes do not work smoothly but Delilah is a beautiful series. The sound is great. There was an effort put into the picture quality. Delilah is a very interesting series backed by the glorious cast. You will love this one.

Xplore rates Delilah with a 7/10