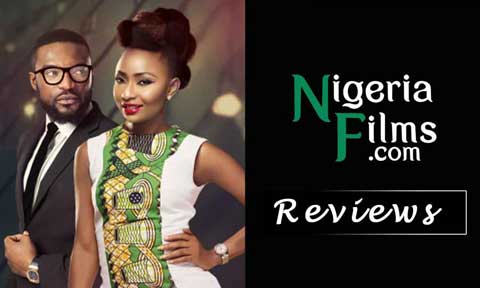 It’s dressed up as a romance storyline (if the cover is anything to go by), so you won’t blame me for searching for the love line in the storyline by the time the halfway point came around.

It’s dressed up as a romance storyline (if the cover is anything to go by), so you won’t blame me for searching for the love line in the storyline by the time the halfway point came around.

Soon enough you realize that “No Strings Attached” has absolutely no intention of becoming any sort of a romantic drama.

The movie follows two different storylines that meet somewhere in the middle. It follows the story of a successful young lady, played by Belinda Effah, with a painful past and a broken relationship with her mother and brother. On the other end, there is the story of a widower who recently relocates to Lagos from Calabar with his young daughter and has to move forward with his life.

I get the feeling that this storyline was brilliant and genius on paper. For some reason though, during the transition from paper to screen it lost much of its genius and became “just ok” or a “nice storyline”.

One factor that probably contributed to keeping this movie as “nice” and preventing it from achieving genius was the performances. It was not the worst in the world but for each and every actor on screen, they had had better performances (even for the actors who could not hold their own). It was difficult watching Belinda Effah in the authoritative role because it did not flow from within and seemed a bit forced, Kenneth Okolie was just ok and I am yet to understand why Sylvia Oluchi always seems to be playing a psychologically unstable patient with tics in her movies.

Asides from these, the movie is well put together and the storyline was different even when it was not. It’s something we’ve seen before but it was delightfully surprising to see that the writers were content with just saying what they needed to say in the storyline without emphasizing any sort of love angle.

A grieving husband, an orphan who depends on his sugar mummy and a commitment phobe career woman fight to break free from the shackles of their past that keep them from truly being happy in life.