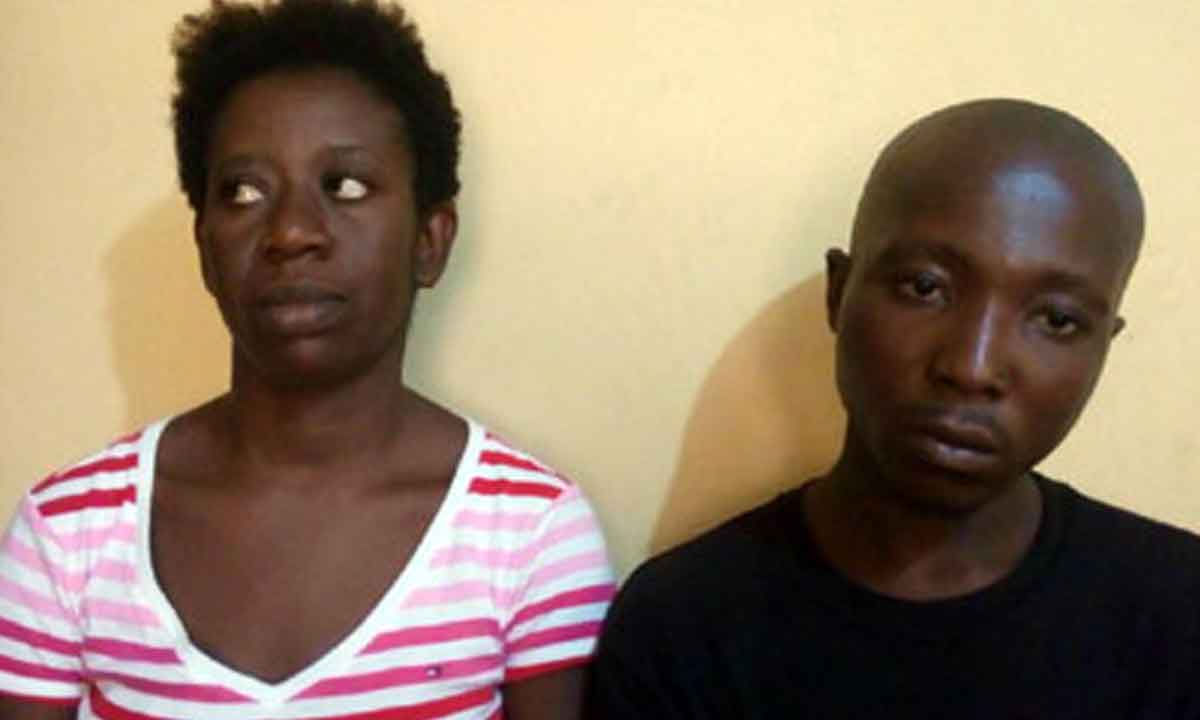 Chika Orji has is cooling head at the Lagos State Police Command after one of the hired hands, Bright Ikechukwu, broke into the target’s home at Jakande Estate, Ajah, but was caught by the neighbours.

Here’s what she said: “We got married 14 years ago and are blessed with three daughters and a son. All of a sudden, my husband became a wife beater. He would beat me, leaving me with swollen face and would also threaten to kill me. He chased me out of the house three years ago. I made several efforts to get my children back, part of which was to report him to human rights offices for settlement. But he did not honour any of the invitations. Both families have made attempts to settle us, but he would not listen.”

She added “He was served with a court warrant over the issue, but he also refused to show up. Along the line, he sold the house we both built for N85 million, but never gave me any dime. He also stopped our children from visiting me and any attempt to see them always resulted in beating. Out of frustration, I told Ekene, our carpenter, to beat him up. I did not pay him or hire anyone to kill him. I am a frustrated woman and I am sorry for everything.”

But Bright confessed: “I live in Ogwuashi-Ukwu, Delta State. My friend, Ekene, said he had a job for me. This was three weeks ago. I hurriedly came to Lagos and stayed with him in Ajah, where I met another of his friend, Samuel. He told us that Madam Chika promised him N500,000 to kill her husband. Thereafter, he told Samuel to take me to Mr. Orji’s house, to identify the target. “