According to the documentary “Hair India,” Hindu pilgrims have donated their hair at holy temples throughout Southern India for centuries in an attempt to purify themselves and repay debt to their Hindu gods. 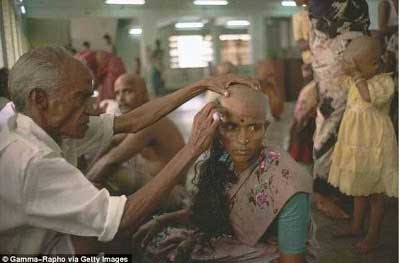 When companies buy hair from the temple for as much as $700 per pound, it contains sweat, blood, and lice.

At the temple, some 650 barbers sit in lines on the concrete floor and tie the women’s hair into ponytails before cutting it off. Once the large portions of hair are removed, the barbers use a razor to shave each pilgrims head, before dousing their head with water to wash away any blood.

The women don't know their shaved hair is later sold. 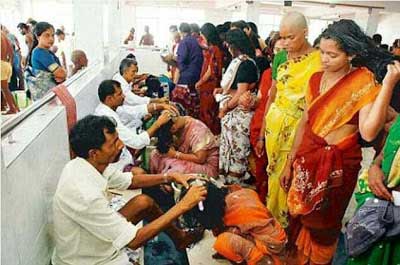 A temple in Tirumala made £22million in a single year from the 'mountains of black gold' it received from local women. 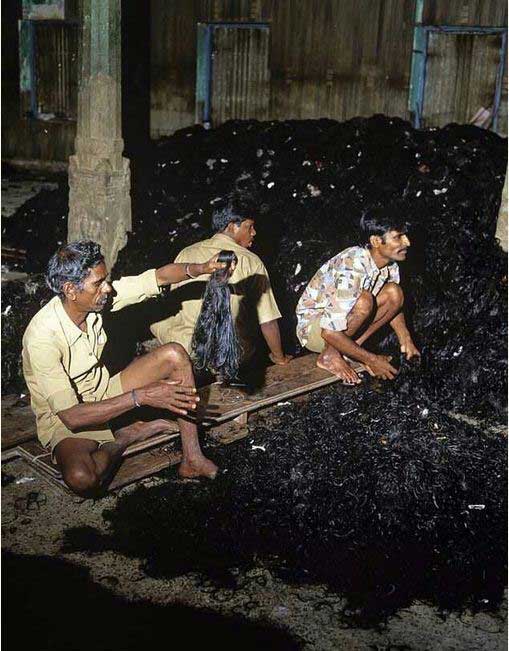 Once hair is collected, bought by companies, it’s transported (rolled up in huge bales like hay) by road and plane to factories, and distributed to workers as many as 350 per site to be processed.

There’s a lot of secrecy in the trade. Obtaining hair is not easy, and there’s a risk of it being stolen while in transit.

‘Hair is worth a lot of money it’s known in the industry as “black gold”.’

The first stage in the extension making process is to separate each hair, with women in a factory in China, pictured, taking on the painfully slow and poorly paid job. 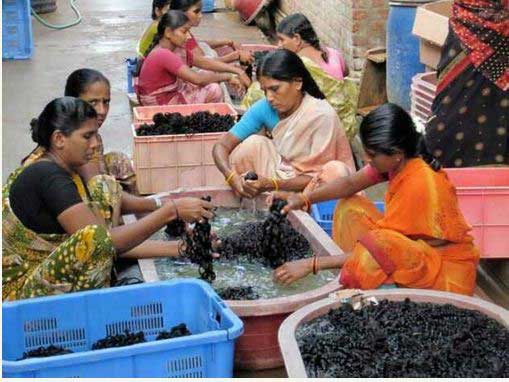 The next part is soaking the hair. The cheaper waste is soaked in acid to remove germs.

High- quality hair is placed in an osmosis bath, the exact composition of which is a closely guarded secret.

A mixture of chemicals slowly removes dark pigments without damaging the cuticles (the outer part of the hair shaft), which would otherwise leave it dry and brittle.

The locks, pictured, are then soaked in a mixture of chemicals making them shiny, elastic and ready to be dyed, with up to 20 days needed to achieve the right colour. 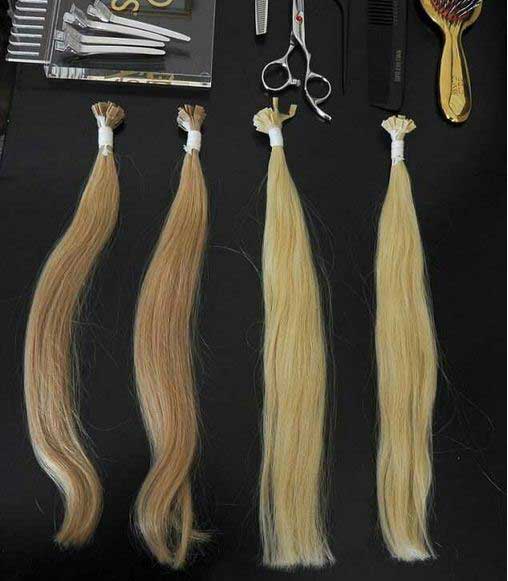 Finally they end up in salons all over the world. In Britain, pictured, the average client can pay between £790 and £1,200 for them depending on length and volume. 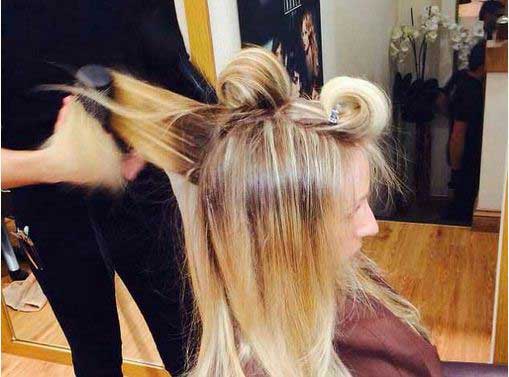 Or in African hair markets or salons. So there you have it. Next time you fix that wavy and curly 100% human hair, remember it is really HUMAN hair.