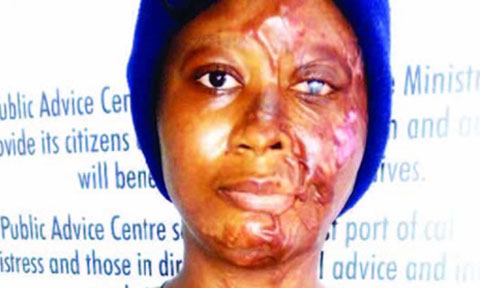 A man simply identified as Paul, who allegedly bathed his ex-lover, a 25-year-old caterer, Rosemary Nnaife, with acid is set to be arraigned as the victim has demanded the prosecution of the suspect.

According to a report by Punch Metro, the Delta State indigene whose face had been scarred by the acid since the incident, said that Paul who is a resident of Lawanson in the Surulere area of Lagos State had yet to be prosecuted.

Speaking further, the victim who explained that she had dated Paul for four years before the relationship ended due to abuse and violence, added that she got into another relationship, which did not go down well with the suspect, who allegedly began sending threat messages to her and her new boyfriend.

The threat allegedly culminated in an acid bath after she was tricked out of her residence in the Abaranje, Ikotun area of the state.

The innocent victim revealed that she was rushed to the Lagos University Teaching Hospital, Surulere, by sympathisers, while Paul was arrested by policemen from the Itire division, adding that although the Directorate of Public Prosecutions ordered that the suspect be tried at the Lagos State High Court, the case was still pending

She said, “I dated Paul for four years and I loved him. But the problem was that he was always beating me. He also embarrassed me in the public, so I ended the relationship.

“I got another boyfriend and moved on with my life. But Paul was angry and he attacked me. He got my new boyfriend’s number and threatened him. He also threatened me. But I didn’t take the threats seriously. 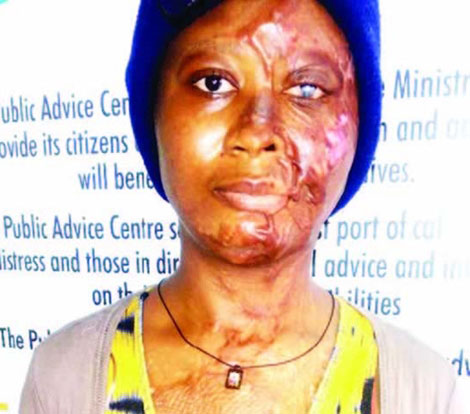 “Some days later, an unknown number called me and when I picked it, it was a woman. She said she wanted me to bake cakes for her and I should come down to Surulere. We agreed to meet at Lawanson bus stop.

“When I got to the bus stop, somebody touched my shoulder from behind. When I turned around, I saw Paul. He then poured the acid on me and ran away.”

She added that the matter was reported to the police at the Itire division, and later transferred to the State Criminal Investigation and Intelligence Department, Yaba

The suspect was arraigned by the police at the Ebute-Meta Chief Magistrate’s Court, where he was admitted to bail. However, the case was said to have stalled.

She called for justice, saying she wanted the suspect to pay damages and bear the cost of a plastic surgery. “He has been walking free, while I have been scarred for life. I want him to pay for this. I need the help of the government and the good people of Nigeria,” she added.

The Director of the Lagos State Public Advice Centre, Mrs. Tola Akinsanya, said the agency would revive the case to ensure there was diligent prosecution of the suspect.

She said, “The woman was allegedly bathed with acid by her ex-boyfriend on June 3, 2015, and he was arrested and taken to a magistrate’s court. When the DPP’s advice was released, it ordered that the case should be transferred to the high court.

“Although we are aware the case has been filed, it has yet to be assigned to any court since last year. We are working with the Lagos State Office of the Public Defender to assemble a team of lawyers to represent her. We must ensure that she gets justice.” 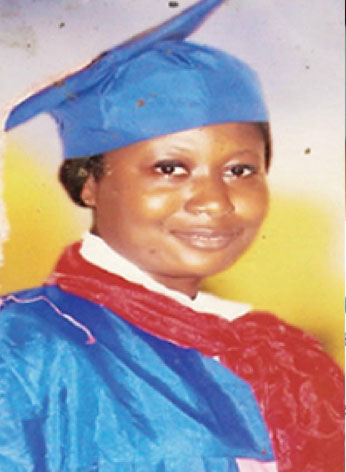