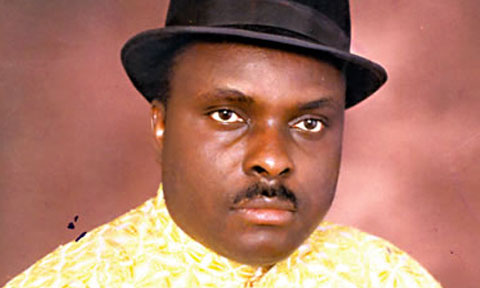 He said this during the symposium organized in memory of late activist, Pa Alfred Ilenre at the Femi Falana Chamber, Ikeja, Lagos, Southwest Nigeria,

The lawyer made reference to the way ex-Governor of Delta state, James Ibori was being celebrated by his people after he was convicted, served and released.

He said that it is highly out of place for a criminal who owned up to his criminal act in England and was jailed to return home and tell his people that he was not a criminal.

“Somebody shop-lifted in the UK in 1991 and was convicted. He was involved in credit fraud in 1992, he was convicted; in 1995, he stole building materials in Abuja, he was convicted, but they said they could not find the record. In 2012, he was convicted in the UK, he pleaded guilty, it is a different matter if he pleaded not guilty, he said ‘I am guilty, I am a thief,’ for allegedly stealing $250 million from the poor Delta State, he was jailed, the man now came out of prison, how can they be celebrating a criminal?”

He condemned the man who compared a convicted criminal in the Uk with Jesus Christ. He described it as an act of Blasphemy which has been rampant in the country.

Speaking about the recovered loots, he advised the government to ensure that all recovered loots are put in a dedicated account and a committee of patriots drawn from labour, women group, student group and youths should be constituted and let that committee manage this fund on job creation and fixing of our hospitals.