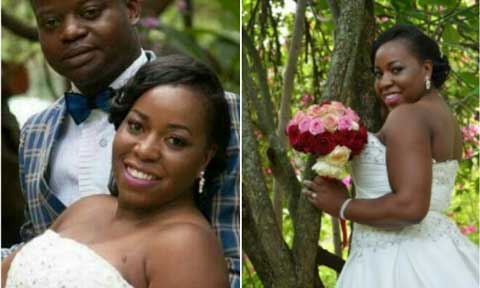 According to a report by H-Metro, the new home has been divided by the singular act of infidelity portrayed by the new wife.

The accused woman identified as Kudazi Juliet Mudema, a nurse in Gweru, was reported to have wrecked her new home with the help of her ex-boyfriend identified as Lawrence.

Kudazi Juliet Mudema who got married to Progress Walusi was caught pants down with the man who has now put her marriage on thin ice.

The glamour wedding which held at Muzimukhulu gardens was soon rocked with the scandal which has since been confirmed by the estranged husband in the leaked WhatsApp chat which H-Metro had access to.

The chat which had Walusi and Kudzai’s sister discussing the infidelity matter started with the estranged husband writing: “… I’m hurt, more than hurt, as I am texting you so tears are flowing down my cheeks. The last time yandakachema was 2009 when my mum passed away. … you know us very well ndichimuregerera you are the best person to testify kuti ndakambozama because I always confided in you. 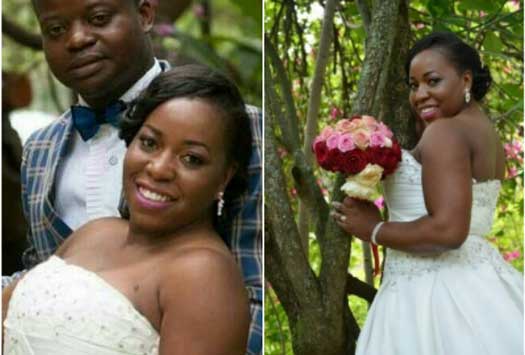 Fracas dzese dzana Bule, abortion dzake I forgave her and opened a new chapter. If you check those chats it was barely two months into the marriage anga akutohura.

In as much as I love her wholeheartedly, for that I think in life there comes a time when tough decision have to be made. I am doing this with a bleeding heart but I guess it’s the only way to go. For now better we go our separate ways….”

However, the bride’s sister replied saying: “Please forgive her… I know and understand what you are going through and would not want to coerce you into a premature decision but I just feel there could be another chance.”

READ ALSO: Omotola Jalade Ekeinde May 'Disowned' Her Daughter With This Message She Sent

H-Metro further reported: Contacted for comment Kudzai’s cousin who answered the phone, said Kudzai had gone to Namibia to talk to her husband about her identity.

Kudzai’s cousin Nyasha Mudema, who spoke to the publication said the former had resigned from her job and had relocated to Namibia to work out issues with her husband.

“I know and very much respect the nature of yo job but wateva happened to us it’s a thing of the past. Wat I dd bek then or wat she dd back then zvaiva zvenguva iyoyo.. she is and wll remain my wife.

Am sure u foned her number mukataura ne whoeva has her fon ikoko kuZim. We r tryin to deal w our situation as we doin js fine.

If u wld seek to find more info u wld realize wateva abt honeymoon its nt tru and even cobtradicts how event unfolded cz honeymoon yacho we haven’t managed kuyiita due to work commitments. But whoeva is behind this has a score to settle after all its our personal life”

(I wish I could translate better)”