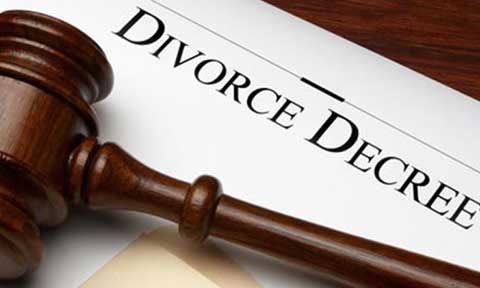 The President of the court, Mr Ademola Odunade, ruled that the marriage was dissolved due to irreconcilable differences between the couple.

“When wives refuse to keep to dos and don’ts binding a union, the result is usually tragic and bring about break up such as what is currently taking place.

“In the interest of peaceful coexistence, the union between Idowu and Florence has ceased to be henceforth. Custody of the four children produced by the union is granted to Idowu.

“Idowu shall pay N3,000 to Florence to enable her move out her property from the house,” the Arbitrator said.

Earlier, Idowu, a carpenter had told the court that his wife Florence, was an unrepentant prostitute and alcoholic.

“My lord, when I entered into the union with Florence in 1996, I never knew that I was making a very terrible mistake for choosing her as a life partner.

“She is never to be trusted for a single moment in terms of fidelity as Florence has made herself a public tap where all sorts of men of easy virtue fetch water.

“My lord, times without number, I have caught her with men and I have warned her against the adulterous act.

“For the sake of emphasis my lord, our fourth and last child is a sickle cell patient, my own Genotype is AA, Florence is AS, how did our last child become an SS.

“Worst still, Florence is an addicted alcohol consumer. In fact, she still consumed one last night, this is the bottle, my Lord. When she was complaining that she wanted to be riding a car, despite the fact that I don’t drive, I bought a car.

“We agreed that she will be driving the car, carrying me to and from my workshop. One day, Florence carried me to a particular point and abandoned me in the car and went her way.

“In addition, she no longer perform any of her conjugal rites and she quarrels with me all the time. Florence is a highly disobedient wife and she has even vowed to eliminate me from the surface of the earth.

“She poisoned the drinking water at home with the intention that I will drink it, but I got to know and refused to take the water,” Idowu said.

Florence, a hair dresser, who could not deny most of the allegations, however, pleaded with the court to save her marriage. She said that she was not ready to part ways with Idowu because they both achieved greatness together.

“My lord, it is true that I consume alcohol, but it is only during cold weather. I wonder why Idowu is rejecting the paternity of our last child. I don’t know why he is an SS,” Florence said.

The couple resides at Alegun-Oleyo area of Ibadan.