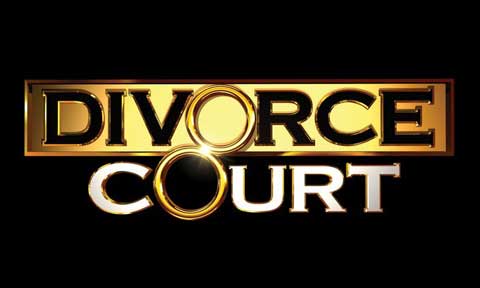 An Igando Customary Court in Lagos on Wednesday granted the request of her estranged husband to dissolve the union.

Delivering his judgment, the President of the court, Mr Adegboyega Omilola, said from all indications it appeared that the estranged couple were tired of the marriage and all efforts to reconcile  them had failed.

“Since both parties had consented to the dissolution of their marriage, this court has no choice than to dissolve the marriage.

“The court pronounce the marriage between Mr Sunday Olaosebikan and Mrs Mutiatu Olaosebikan dissolved today, both parties henceforth cease to be husband and wife.

“Both are free to go their separate ways without any hindrance or molestation,” the News Agency of Nigeria (NAN) quotes Omilola as saying.

The court also granted the custody of the only child of the marriage to the mother.

Earlier, Mr Sunday Olaosebikan, had told the court that his wife had always refused him sex until she collected at least N500 and that he was tired of paying N500 per bout before having sex with his wife.

He also told the court said that Mutiatu had threatened to kill him, and that she stabbed him with dangerous weapons whenever they had misunderstanding.

“My lord, she once stabbed me with a broken bottle on my head and I bled heavily which landed me in the hospital.

“Mutiatu places her kitchen knife under her pillow and when I queried her, she said her pastor instructed her to use it anytime he had bad dreams.

“But whenever I requested for sex or during argument, she brings out the knife threatening to stab me,’’ he said.

He described his wife as an aggressive and violent person, saying “she may kill me if I continue with the marriage.”

“I ran away from the house to avoid untimely death.

“Also because of her bad behaviour, she could not get a steady job.”

READ ALSO: Single Again? Tonto Dikeh Gets Her Groove Back!

The 42-year-old businessman begged the court to terminate the union on grounds of lack of love.

However, Mutiatu, said her husband, Sunday, usually discharged his sperm on the floor during sexual intercourse (withdrawal method).

“My husband no longer releases sperm into me when we had sex. He is in the habit of pouring his sperm on the floor, he does not want me to get pregnant again.

“He started this withdrawal method five years ago; I only have one child who is six years old; now, he can go more than six rounds, but will never release the sperm into me, instead he pours it on the floor.

“Whenever I queried him about the withdrawal method, he could not give a satisfactory answer,’’ she said.

The respondent said her husband was an “untamed chatterbox,’’ who cannot keep the family secrets.

She said he has a habit of sharing their family issues with his relatives, friends and even, the public.

“There was a day I was attacked spiritually and blood was gushing out of my eyes, nose and mouth.

“When I was rushed to a prayer house, I was told that my husband caused the sickness because he talks too much about our affairs in the public,’’ she said.

The 34-year-old trader also described her husband as tight-fisted as she has been the one taking care of their baby from birth.

“My husband turned me into a punching bag that anytime we had misunderstanding, he would beat the hell out of me.”

She urged the court to grant her husband’s request for the dissolution of the marriage as she was also tired of the union.(NAN).