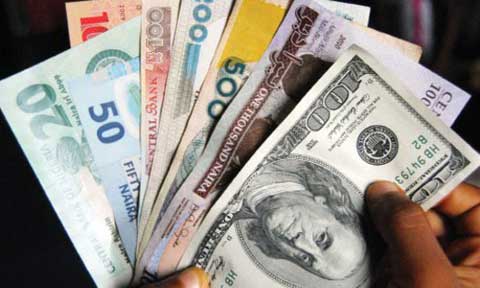 At the resumption of trading activities on the floor of the NSE on Thursday, the market was looking like it would close in the green zone, but at the warp of transactions, it settled in the red territory, bringing an end to the seven-day winning streak.

Business Post reports that the All-Share Index (ASI) depreciated by 41.17 points to settle at 38,102.85 points, and consequently trimmed the year-to-date gain to 41.78 percent.

Also, the market capitalisation flattened by N14.2 billion to finish at N13.1 trillion, while the market breadth closed negative with 27 losers and 20 gainers.

On the flip side, Nestle maintained its strong performance at the market with N16.1k added to share price to settle at N1216.1k per share.

Guinness Nigeria rose by N3.50k to close at N91 per share, while Unilever advanced by N2.5k to finish at N43.5k per share.

Furthermore, Stanbic IBTC progressed by N1.50k to finish at N40 per share, and Conoil appreciated by N1.44k to end at N34.30k per share.

At the close of trading activities on Thursday, Access Bank emerged the most active stock with 70 million shares transacted at N712.4 million.

It was followed by Zenith Bank, which sold 58.8 million shares for N1.4 billion, and FCMB, which exchanged 47.2 million shares valued at N57.3 million.

READ ALSO: I’ve Never defrauded People and will Not Do it Now…Toyin Aimakhu

However, the total volume of shares traded on the floor of the NSE today closed higher, while the value finished lower.

At the end of transactions today, investors exchanged 362.7 million shares in 4,055 deals worth N5.6 billion, in contrast to 328.7 million shares traded in 4,983 deals yesterday valued at N6.1 billion.

Despite Thursday’s loss, investors are optimistic that the market will bounce back tomorrow, the last trading day for the week.