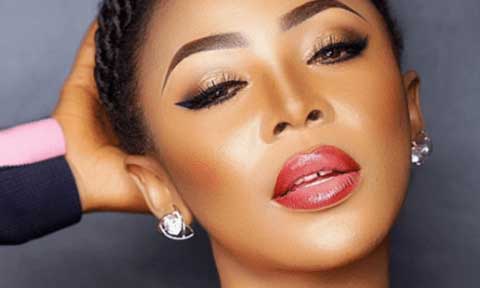 In an emotional post shared on Instagram, evicted Big Brother housemate, Ifu Ennada, opened up about her family's struggles in the past.

She however shared her heart-breaking story to inform her fans about the pain she knew in life which she managed to survive. She appreciated her fans as she expressed strength and understanding over what she has had to go through.

Here's how she narrated her story in full below;

As a child I always had massive dreams, but the challenges I experienced "so many times" were overwhelming that I contemplated suicide several times and lost myself along the way... I remember when I was 9yrs old, my whole family moved to the village, while my dad stayed back in Lagos to hustle... Our rent had been long overdue and the landlord could only but kick us out.

It was a terrible time for me, but what was more terrible was helplessly watching my 4yrs old younger brother die in front of me - in my mother's arms, my mother who would have given her life in exchange for his.

We were so poor, that even there in the village we couldn't afford average healthcare... Instagram would be unable to take record of the number of times I was abused in a number of ways... My life's journey has been one tough but inspiring one.

For each time I was down, God always came through, in form of His Word, but most importantly in the shape of people - good people who remind me that humanity is BeautIFU! and that the world isn't evil.

These good people include all of you reading this, all of you who would never give up on me. All you wonderful people who care about me in ways I can't imagine.

Coming out of the Big Brother House, I didn't know such massive love was awaiting me and now as I am set for what's coming, I want you all to know that I am who I am because of God and you.

I don't take you for granted and my love for you will always be never ending.