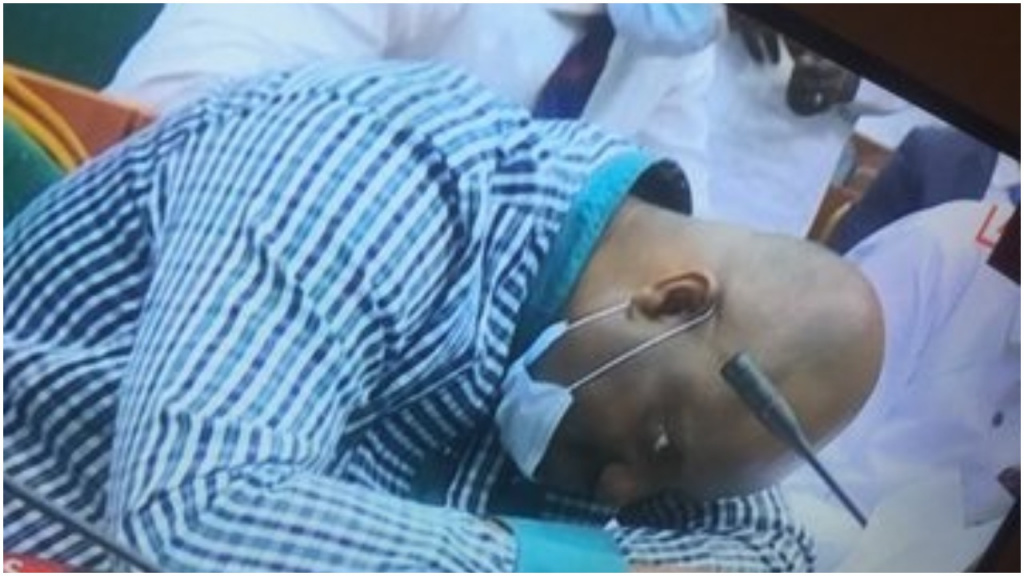 He fainted as the House of Representatives committee on NDDC grilled him on Monday.

The committee is in its fourth day of public hearing as it investigates alleged financial misappropriation at the agency.

Pondei had been grilled for over an hour and when he slowly slumped over his desk, appearing too faint.

Once he was spotted, several people present at the hearing rushed to his aid, propping him up and attempting to stabilise him, with the proceedings halted.

He then appeared to be in a seizure with a man, holding open his mouth as others held him upright. After he appeared to regain and lose composure intermittently, he was moved out of the session.

The development led to a brief discussion about the next step to take. A move to have the session adjourned was shouted before the Deputy Chairman of the Committee called for a 30-minute recess.

Lawmakers investigating corruption allegations in the NDDC had on Friday summoned Pondei and the Minister of Niger Delta Affairs, Senator Godswill Akpabio, to appear before them today (Monday) as the country sought to understand how budgetary allocations to the agency had been spent.

The controversy had seen strong allegations of corruption traded between the Minister and the former MD of the NDDC, Joi Nunei, who appeared before the lawmakers via Zoom on Friday.