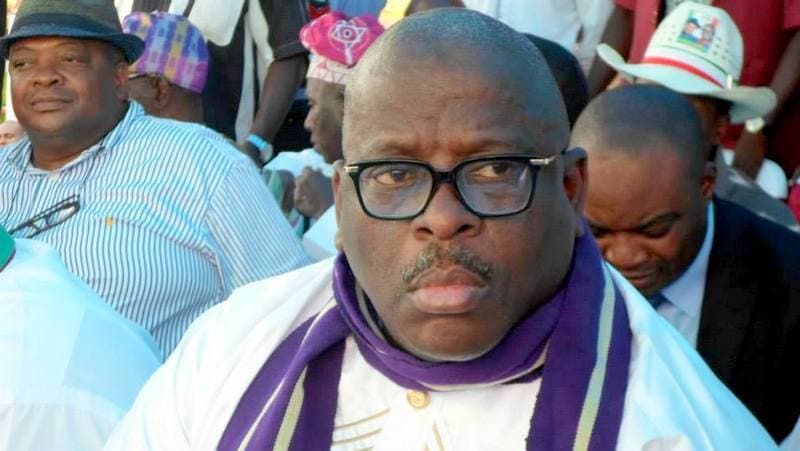 Kashamu, who represented Ogun East Senatorial District in the 8th National Assembly has been sick for quite sometime after he was struck by the deadly Coronavirus.

He was said to have died at the First Cardiology Consultants, in Lagos on Saturday.

Another former Senator, Ben Murray-Bruce broke the news of Kashamu’s death on his Twitter handle on Saturday.

He wrote: “I have just lost my good friend of forever to COVID-19. Until his death, Sen. Buruji Kashamu and I were inseparable.

”He died today at First Cardiology Consultants, in Lagos. May his gentle soul rest in peace. I pray his family and loved ones the fortitude to bear this heavy loss.”

Kashamu, born on 19 May, 1958 served as a Senator representing Ogun East in the 8th National Assembly.

He was a chieftain of the People’s Democratic Party, PDP in Ogun State. He was appointed as the chairman, Organization and Mobilization Committee of the PDP in the South West zone of Nigeria.

In 2018, he was expelled from the People’s Democratic Party, a decision later voided by an Abuja High Court in October 2018.

He was the 2019 Ogun State gubernatorial election candidate of the Peoples Democratic Party.

Kashamu started his education at Ansarudeen Primary School, Ijebu Igbo and left in 1972 to complete his primary school education at St. John Modern School, Lagos. He then attended evening classes at Igbobi College while working as a licensing agent.

He later went to London where he took courses in Business Management at Pitman College, London. He was awarded a Honourary PhD by the unaccredited, diploma-mill Cambridge Graduate University, located in Massachusetts, at a privately organised ceremony in Lagos, Nigeria.