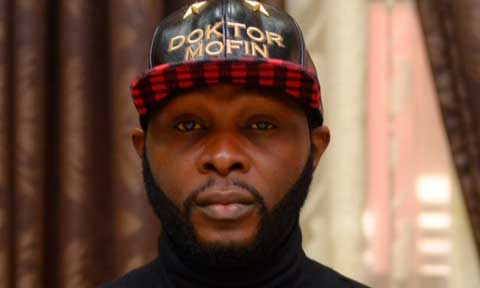 The warning came as part of a post released by Dokun Olumofin warning married women against losing their husbands to online witches, twerkers, Instagram models and others.

“As an active user of social media, I have observed that some married women have been over doing it with social media especially Instagram and Snapchat.

“They wake up, sleep, brush their teeth, forward gossips, and tag the whole of Africa on their social media posts. I have coined a phrase for them as ‘Pathetic Juntas of Social Media’.”

He continued: “You see marriage for some, can be complicated as it is whilst for others, it’s a complicated mess. With social media, you could wake up to a rumour about your husband and a “supposed” mistress. Already, may have an over-bearing mother-in-law all up in your business, work stress may also put pressure on your marriage as much as being a parent can as children may be an added strain on your marriage, (all those who have kids know what I mean). So why make it even more complicated by allowing social media to intrude on your marriage?

Implying he likes dark-skinned women. “Ooooohhhhhh…he loves me in Aso Ebi” Indirectly implying that a sexy woman in Aso Ebi might get his attention.

When you state all the above listed about your husband, you have opened him up for vultures and potential mistresses to prey on your beloved husband, a potential kidnapper to kidnap your kids, or blatantly showed your hand like a careless player in a game of poker. Being overly showy attracts unnecessary attention to your marriage and most times it will be unwanted attention.

2. Take a back seat to single women

It is highly unfair for married women to attract and seek attention from potential suitors that would have been otherwise directed at single women.

We know social media has the randiest, most vicious demons in sheep’s clothing. We also know that social media has a relatively high number of decent men searching for the Mrs. right. We have all heard of countless stories about partners meeting on social media. So my question is; what are you doing competing with single women for attention on social media? Especially when your marriage and home should have your full attention and the only other attention you should desire is that of your spouse.

I wish I could tag all the married women who dress to kill on social media. No harm in being well dressed, however, These culprits dress up so much that if you are not the pope, a eunuch, or a pastor, you will fall victim and send them a direct message (DM) or comment with love struck emojis on their social media entries.

These actions by these married women are distracting potential men from finding potential wives. If a man sees a married woman with curves that look like an assassin’s sword with the caption “Cake for hubby” you are bound to tempt men, single or taken, even if the backside is for your hubby. The single men who should focus on finding a single decent lady will start fantasizing on how he will penetrate that married back side instead.

3. Chances of a troubled marriage.

Honestly, this is the most important point, I believe it in my heart and soul that the rate of breakups in marriages has been impacted negatively, due to married women subscribing to social media.

A lady that is your namesake or lookalike who knows for sure your husband likes her type might persistently try her luck to spite you I place you. The woman that knows your husband is a chronic womanizer through research on him might also make a move on him.

So I say to my married lady friends, get off social media and re-direct your focus towards your marriage. You and your husband might just start to see each other in a new light again.