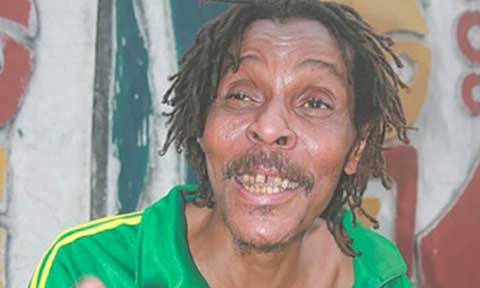 Although the singer got divorced from his wife in 2015, which has four kids for him, he is in contact with his family who has been based abroad for years.

The lawsuit of intellectual theft against Timi Dakolo who did a remix of reggae song “send down the rain” is still unsettled.

Report has it that the copy right of the song “send down the rain” was sold to Tabansi Records where he released the song which was a single from his album ‘Prisoner of Conscience’.

Aside allegedly selling the copy right to Tabansi, another company that had the copy right is Mango Records, a sub-label of Island Records in the United Kingdom.

After he left Tabansi, he was signed into November Records, a Record label owned by popular Nollywood producer and critic, Charlce Novia.

According to November Records in press release in 2016, Majek Fashek gave permission and power of negotiation to the company to act on his behalf in the negotiations with Timi Dakolo to produce a cover version of the hit song ‘Send down the rain’.

Witnesses allegedly present were Black Rice (his longtime friend and former band mate) and Azuka Jebose Molukwu, a longtime friend of Majek and manager of sorts of some of his engagements in the United States.”

November records also said while Majek Fashek was abroad, they were giving him updates about the negotiation and money was been paid by Timi Dakolo to the company on behalf of Majek fashek.

“Negotiations were made after an offer was presented and a sum was agreed upon which was for compensation to Mr. Fashek from Timi Dakolo’s management. This precludes the sundry rights to other copyright stakeholders for the original song such as record label, producer etc. as that was supposed to be under a collecting society. the company negotiated and handled the terms of copyright for the brief to a conclusive end and the funds were appropriately paid to the company by Mr. Dakolo for Mr. Fashek in 2012. He was informed of the sum involved and he approved.”

After allegedly receiving money in 2012 and coming back 4years after to demand for Royalties for his song from Timi, has got many really confused.

However, Timi Dakolo has clearly stated that he has in possession, the necessary document to back up the fact that he paid become remixing ‘send down the rain’.

What got many confused more is the fact that Timi Dakolo stated in a recent post that he had never performed the song ever since he remixed it, which got people asking why?

After paying royalties what held him back from performing the song?

Meanwhile, if Majek Fashek actually sold the copy right to Tabansi, whose founder is late, he actually has no right over ‘send down the rain.’ Neither does November Records have the right to conduct the deal with Timi Dakolo because the song wasn’t released under their Record label.

Things have gotten more complicated and somewhere alongside the line, it appears both parties are not 100 percent truthful.

With the current development, Charles Novia who was the middle man in the negotiation, is yet to release any statement.