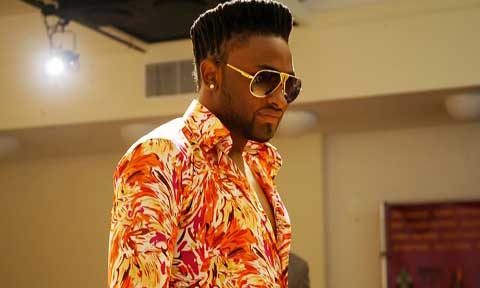 Jealousy is the fear of comparison. – Max Frisch

The history of the world has been laced with jealousy. As a matter of fact, jealousy brought us all to this world, else we would have been in the Garden of Eden or even Heaven, singing praises to God every morning. It was out of jealousy to be like God that made Lucifer conspire with some Angels to cause war in heaven that eventually brought him down. It was out of jealousy that the devil tempted Adam and Eve in the Garden of Eden. To him, humans can’t enjoy heaven that he was kicked out from.

This jealousy has not left us since then. To some; they hate to be outshined. They can’t imagine another wearing a crown they once wore. They don’t even want another to brace the limelight. They simply want to be the only one that will be recognised.

This is exactly what is playing out in the ongoing Big Brother Naija. The speculation that Big Brother already has a winner in mind is becoming glaring. Viewers are beginning to see their partiality towards one of the contestants, Tboss, even when its heavenly and earthy clear that Nigerians and indeed Africa want another contestant, Efe, to win.

What is Uti Nwachukwu interest in all of this? Why is he campaigning against Efe? Why is he desperately in support of Tboss, same person that Biggie has shown favour to since the beginning of this show?

One thing is clear. Uti is already envious! Having won the Big Brother Africa edition in the past and long forgotten, another male is coming to take over his space, which he didn’t even manage well in the first place. Uti’s time in BBA was not as interesting and eventful as we are watching in Efe. To Nigerians and the world, they have never seen a real Housemate like Efe, who has not ‘formed’ one bit.

In Efe, we see the Nigerians on the street. In Efe, we see the rise to fame and wealth of the current elites. In Efe, we see a guy who despite there to win the award is also looking out for others. He is loved not by Nigerians but even by his co-housemates, but yet hated by Uti. Uti’s envy is that Efe will be the next big boy from Delta State, where he also grew up and that obviously mean that he will no longer get invitation especially from Sapele Big Boys and entertainment outfit, when Efe is there.

Rather than support Efe based on the ‘Delta no dey carry last’ inborn attitude, his envy took him to Tboss, just to remain the only man from across the Naija that went to BB and conquered.

Truth be said, Uti has offered nothing to Nigeria since he left Big Brother, apart from wearing long Ankara and posing in pictures with them; clothes that no real ‘guy man’ copies to sew. His claim to fame can’t be said to be Big Brother since he almost faded until Africa Magic came up with ‘Jara’ production. The only reason people watch Jara is Helen Paul’s involvement. Remove Helen and Jara is a dry show like the desert.

Uti should be made to understand that you can support a candidate especially as a ‘celebrity’ that some persons see him as, but not to denigrate another Housemate because of hidden and obvious envy. The only reason people are interested in BB Naija is because Efe is still in the House. If Efe was removed two weeks ago, even Biggie knows that they will lose 65% of the viewers. Keeping Efe in the House is the only reason we are competing seriously and sending credit cards for fans to vote.

Uti can cry the entire river he wants. He can wail all he wishes. He can give his support to anybody he chooses, but he is not allowed to wish Efe his evil desires. Nigeria is crowning a new king soon and Efe is the King. Uti should take his envy elsewhere and let Efe walk majestically into his throne of honour. Based on logistics, everyone loves Efe. Even Uti love Efe but hates to admit it. His own soul wants Efe but his body and mind are dancing Tboss. We all love Tboss but cannot leave majority to follow minority.

Based on logistics, Efe is going home with the money and Uti should start accepting the obvious. If Efe wins, Delta wins; if Efe wins, Warri wins; If Efe wins, Nigeria wins; If Efe wins, Africa wins. If Efe wins, it simply means that the man on the street hustling to make ends meet and aspiring to get his dreams come to pass will have hope that he can also reach his aim, if Efe can make it, then we the hustlers can!

Based on logistics, if Uti was in the house, he would have also lost to Efe. He knows within him that he is no match for Efe as it stands. His popularity can’t be compared to Efe when he contested and till this moment. Let’s assume that Efe is rigged out as planned by Biggie which won’t be allowed to come; Efe has given us a sense of belonging than all the years Uti was in Jara whose only reason for selling is Helen Paul.

Based on logistics, Efe will have greater impact on Nigerians if he wins the show than any other Housemates. Even those who have been evicted agree that Efe is the only real person among them. They agree that only Efe is living his normal life and not competing with anybody, hence his massive acceptance by Nigerians and Africans. We cannot allow such a person not to win, and not Uti with his high level of jealousy can stop it.

Look into the mirror and you see Efe in you. Uti, this is for you,”The envious die not once, but as oft as the envied win applause”( Baltasar Gracian)

About the Author:
Fejiro Oliver, an Investigative Journalist, Media Consultant and Human Rights Activist is also the Co-Convener of Coalition of Human Rights Defender (CHORD) +2348022050733.