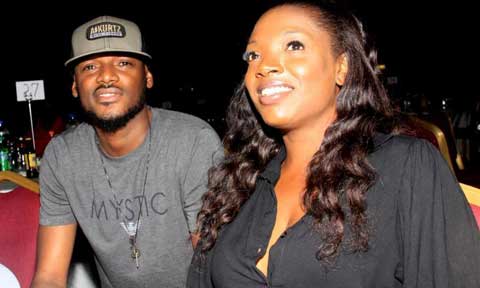 MY RESPECT FOR “ANNIE IDIBIA”

I woke this morning not with the thoughts of rapture nor heaven, vision nor purpose but with Annie Idibia, the wife of the popular artist, 2face or Innocent Idibia so enamoured on my mind.

Many may not see her as an example of a virtuous lady while others might think the wives of likes of Bishop Oyedepo, Pastor Adeboye , Pastor Chris and and other clergies should be the perfect example for a young Christian Lady. I don’t totally buy that idea because even God uses the foolish things of this world to confound the wise and the earth is the Lord’s and its fullness thereof….Halleluyah.

I have never met Annie before and may never meet her my entire life but I must tell you…. SHE IS A VIRTUOUS WOMAN. Yes, the kind of woman Proverbs 31 talks about.

Annie is full of Grace, an incomprehensible one at that. I have an unadulterated respect for her even without her knowing if someone like me exist or not. A woman married to a Music Legend whose wits, skills and dexterity combined is a homogeneous mixture of talent, and a powerful point of reference.

To marry a powerful man is no joke neither is it one of those marriages entered with a blindfold or through the backyard in the dark.

It takes a woman so beautiful at heart and amazingly comfortable in her own skin to marry a powerful man. Annie struck other ladies ( both Blacks, Whites, Latinos, Caucasians) down and with hands akimbo, they watched her walk down to the aisle to exchange vows with this Legend. Now, being a legend is different from being sexually disciplined. 2face with his sybaritic lifestyle had a bevy of ladies to chose.

Some will even shamelessly give themselves for free. Since he’s of no ecclesiastical reputation, having fun with these woman won’t mean much ( I’m not supporting him, though). He ceded and they happily conceived. Now, Five children from different mothers but Annie swallowed it all.

Now, some of you will quickly say”” she went in for the money”” but with oracular certitude, I say with my innermost convictions that she didn’t marry 2face for the money. She loves her husband selflessly and her demeanours have proven that. This Man, as IMPERFECT as he is, a man of nothing more than a Musical reputation, an illegitimate but biological father of many was loved whole heartedly by Annie. Hmmmmm….you might think her decision to stay put is easy till you find yourself in her shoes.

Howbeit, she didn’t stop at that. She extended her love to all the seven children from his loins. She nurtures as they grow, she ventures as they come of age, she mature and blossom in motherhood by ensuring those children are raised under one umbrella. Now….How many women can do that? Can I ????? Most will house the children and maltreat the rest except theirs but Annie is not that kind of woman.

How many years in marriage? Yet no scandal. Oh Lord….what marvels and baffles me is how she protects her home and her husband. This woman is like the mother Hen that shields with her wings. How many of our religious mothers can take care of children that are not theirs?

While some can, others can’t for my eyes have seen how mean and heartless some women even the religious ones can be. I know 2face is not a perfect husband but his wife have covered him and shielded him perfectly well. She has coloured his efforts ceaselessly and perfectly covered his errors.

Tell me why I won’t duff my hat for this woman for her bravery, composure, tenacity and magnanimous heart????
Who beyond imagination have proven to the world that a woman who loves her man can move mountains and can walk barefooted through hell and back to ensure ends meet.

She , indeed have earned my respect for being wise, sensible, sensitive and original even to the amount of melanin on her skin. She maintained her dark skin colour unlike some women that quickly enhance their colours just to fit her status as the wife of a legend.

I give it all up for Innocent Idibia. Despite your affairs with bevy of ladies, you were able to spot the virtuous of them all after 13 years. Indeed, you’re an eagle eyed man.