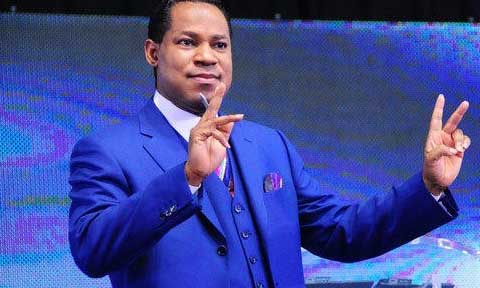 I will use this thread to explain why I quit the church and why I may never attend another Pentecostal/Charismatic church which now appears to me like a sole proprietorship, with the General Overseer or lead pastor as the owner.

In Christ Embassy the number one thing they lay emphasis on is giving money. The church can use any tactic to get money from members, including manipulation, threats and the likes. While there is nothing wrong with giving money or time, I believe everything should be balanced and moderate. I think that was why St Paul said we should not give out of target, or threat but as we decide in our heart. In CE, there is nothing like moderation or balance when it comes to giving. They tend to believe literally that everything answers to money. You don’t have a job, give and sow seed. You are infertile, give and sow seed. Your father is sick, give and sow seed. Every message ends with a charge to give money. They collect tithes, offerings, partnerships (money), seeds (more money), first fruits (your whole income in January) and plethora of others.

You are also charged to give for Pastor Chris’s birthday and for all the other pastors. And for projects and the likes too.

Before I started worshipping with the Church, I read the story of the account clerk at the Sheraton Hotel who stole from his employers to give to the church. As a member, I could relate with the man. The Church is obsessed with money. They do not mind how or where you get it. If you want to rise or be noticed or win awards, just give big money. It is this obsession with money that led it to start collecting gate fees from members for its New Year Service at the LoveWorld Convocation Arena in Lagos, which ironically was built by the offerings of the members charged to get in. A lot of people I know personally had gone broke, had their businesses ruined, or fallen out with a loved one because of this teaching by the church.

In summary, at CE, money is everything- EVERYTHING.

2. Sin Means Nothing at CE
Their teaching regarding to sin is so liberal. They rarely even mention it. The belief is that a Christian cannot sin, but only do wrong. The implicit message here is that ‘if you are saved, you are always saved’. You are a son of God and nothing you do or do not do can change the fact. In other words, heaven is sure. I am really not versed in the Bible to argue with this but what I know is that, this teaching is dangerous. It is like giving one a blank cheque or immunity from sin. What you have is a morally decadent church, starting from the top. Sexual sins are so rampant. You must have read the allegations of Pst Anita against her husband, that he was screwing some top female pastors. Such allegations are common in the church and I believe Pst Anita was very naïve in not understanding what was happening under her nose for decades!

It is not just PSt Chris that has been accused of fornication; his younger brother Rev Ken was also accused of impregnating a member of the South African Church when he pastored it. My friend who was in the church at that time (he also has left) told me that in all practical terms, Rev Ken had a harem in SA, with all manners of girls, mainly young university girls, living in his house. His wife was leading the church at Isolo, Lagos at that time. Apart of the Oyakhilome brothers, sin (or wrong-doing since a Christian cannot sin, according to their belief) is very common among the pastors and laity. Including me. I did a lot of things I’m not proud of as a leader, including fornication. But what struck me is that I was going numb, conscienceless in the church. No message speaks to my struggles to stay upright and not to sin. They do not even talk about such things. The focus of the messages is often on how to be successful, perhaps so you can give more money!

In summary, at CE, sin means nothing!

3. Pastor Chris is the orthodoxy
In CE, Pst Chris is the standard; he is the orthodoxy of the word of God. He is in fact treated like God. His words are law. He could cancel engagements, delay marriages and, in my mother’s language, can do and undo!
Everything revolves around him. He has limitless powers and not inhibited by anything.

And what do they say about absolute power corrupts absolutely?

Exactly what you have in the church. No one dares challenge him. In a godly environment, there should have been some enquiry in to the crisis of his marriage with the objective to mend the issues. But no one dares even raise such issues. People like Joe Agbaje are prepared to lie for him. I recall a time when the issue of PST Chris living separately from his wife came up here, Joe Agbaje defended him, claiming that the couple see often and even go on romantic get-away. It was not true. To all intents and purpose, the man abandoned his wife and family in London while gallivanting around the world with his concubines. This was wrong, but who could challenge the KING? The man had also warned members never to discuss pastors and that they should run away where such matters are being discussed. What you have is a situation where people are so afraid to even consider the allegations against him, so as not to be consumed by fire! SMH!!!

With such a context, the man can get away with anything, including polygamy. He can rewrite the bible, claiming that some portions or verses were not clearly written. He can do ANYTHING, and the staunch members and the pastors would defend him. I mean ANYTHING.

They deify him, call him the ‘Jesus in white suit,’ ‘the Jesus of our time’ and such heresies.

A. I was in church one day when a leader in a talk show said, “Pst Chris is not only in Ikeja or Lagos. His spirit is even here right now’’. I was shocked by the comments and obvious deification of a mere mortal. But when the pastor came up, he did not rebuke the speaker or said anything about it. I left for home, thinking hard: What has happened to these people?
B. Th other one was during prayer. The person leading the prayer asked us to pray so that the message of PST Chris will take over the world. Message of Pst Chris? I asked myself. I thought we came there because of the gospel/message of Christ? Does Pst Chris have a different message? Of course, I didn’t participate in that prayer but I was shocked that no one saw anything wrong in this, which validated my growing belief that the church was veering out of the Christian lane into something else.

I will stop here for now. But if challenged by the minions of the church, I have more arsenals. Good day and God bless you.