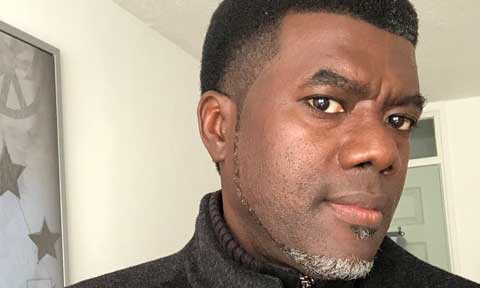 According to him, 'stop being deceived by the upper class. Hard-work does not pay. It kills! It ages you before your time. If hard-work pays everyone will want to be a labourer or truckpusher.

There is only one thing that pays and that is smart work. Get smarter and you will get richer. Imagine yourself as an axe. “If the ax is dull and its edge unsharpened, more strength is needed, but skill will bring success.”-Ecclesiastes 10:10. Instead of increasing your strength, try sharpening your ax'.

Bemigho Reno Omokri (born 1974) is an author and lawyer.

Omokri was the host of Transformation with Reno Omokri, a Christian teaching TV show broadcast (for one season) on San Francisco's KTLN and Detroit's Impact Network.

Omokri is the founder of a multimedia project, Build Up Nigeria, and has produced a series of short films in the U.S.

He is the pastor of the Mind of Christ Christian Center in California and Abuja. He is also known for using social media to project the Gospel. Omokri continues to write articles for major newspapers (mainly political OpEd and Christian material).