Details
The Mix
3 years ago 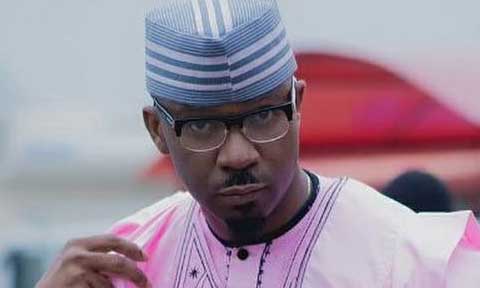 He said the pictures she had posted had made him want the real thing from her in bed. Deciding to take the bull by the horns, he decided to meet up with her and get down to the sheets for rumble in the jungle.

Mike said he and the girl and planned on the various things they would do to each when they meet up. He recounted that he invited her to his place to get intimate but when the girl set her sight on his manhood, she ran for her dear life.

She rained curses on him as she answered his telephone call, claiming that he did not love her. He said, "All these girls on Instagram deceiving boys. Posting pictures and making us think they are naughty. I have realized that the only place they can be naughty is in their mind and on their Instagram page. "Recently I hooked up with one of my Instagram crush.

She sent me a direct message, I went through her pictures.I was shocked with what I saw; she got the package, walahi!Ravishingly classy and beautiful, tongue; nose and navel pierce. "I was so hard that I replied her, we got talking! Naturally she billed me and as a pay master I paid up front later we met to now practicalise all we spoke about." He said when the day came for the real deal to happen, he was not prepared for the shocker he got, "When I wanted to go down on her, she said I should wait.

Then as she undressed, I brought out my equipment.When she saw it, she shouted. I was high so I did not understand why she shouted. She said she left her phone in her car and she remembered she had to make a call. I said "ok" and she left. "The next thing I heard was an engine noise. I came out and I saw the girl zooming like her house was on fire. I was confused.

I immediately called her and she started abusing me on phone that I don't have human sympathy and she thought I loved her. Ah!! I asked her why she was abusing me and she cut the call and blocked me on Instagram and (she) has not picked my call since then." He has this advice for the girls who keep up the pretense of being what they are not in the bid to be 'naughty' to impress the men folks. "It is sad that after deceiving the general public on the Instagram, they cannot actually do nothing!!" he concluded.

All rights reserved. This material may not be published, broadcast, rewritten or redistributed without the express written consent of the publisher © 2015 Nigeriafilms.com