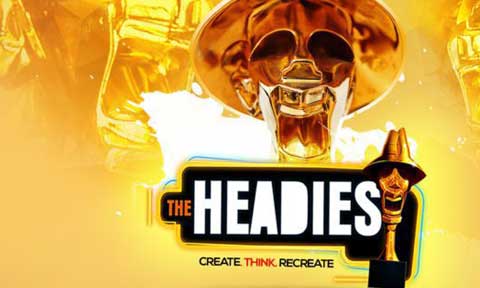 After its conclusion, a Delta state OAP came out publicly to criticize the organizers saying it is more a Yoruba awards than Nigerian artiste considering the winners of the awards.

The biggest winners on the night include Davido and Simi, who both went home with three plaques each and Wizkid, who bagged two solo awards and one collaborative award for Malo with Tiwa Savage.

But incredibly they are some artistes that many may have thought will pick up an award that night but they didn’t.

Some categories however left questions to be asked, with some artists taking to social media to air their grievances. Let’s take a look at 5 of such artistes.

1. Runtown: Perhaps the biggest snub on the night, Runtown was nominated in three categories for Best Pop Single category, Headies Viewer's choice and Song of the year. The singer who has had a steady rise following the release of his debut album, Ghetto University in 2015 and delivered some of the biggest songs in Mad over you and Said with South African rapper, Nasty C, was expected to at least bag one award on the night, but he ended up with none. Runtown is presently in the United States recording new material for his forthcoming sophomore album.

2. Tekno: Another artist who has enjoyed a really big year is Tekno Miles. Despite critical and commercial success over the past couple of years, Tekno only received one nomination for Producer of the year with Davido's ''If''. The talented artist and producer had released the smashing hit single, Pana in July 2016, which falls under within the year under review for the awards. Tekno soon followed up with other hit singles like Rara, Go and Yawa, but somehow was not considered good enough for artistic nominations, more so an award.

3. Burna Boy: Now this is one that raised a number of eye brows. Individually Burna Boy is one of the most talented acts around and in an industry where Reggae/dancehall acts are not exactly falling from the sky in their numbers; it is believed that with the quality of the material that he puts out, he should be winning at the Headies. Nominated for Best Reggae/Dancehall act with his single, 'Rock your body', the artist lost out to 2baba's Holy Holy. This is not the first time that Burna Boy will be losing out on the Headies, as he had previously lost the Next Rated Act at the 2013 edition, which was won by Sean Tizzle alongside the Hip-hop Revelation of the year and Best RnB Single at the 2014 edition.

4. Erigga: Predicted as favorite for the Lyricist on the Roll category, Erigga like previous years left The Headies with nothing to show for it. Up for two nominations including Best Rap Album, the rapper who enjoyed critical acclaim from hip-hop heads for his single, Industry Night refix off the Trip to the South album, took to his Twitter page to vent his frustration at losing out yet again.

5. Adekunle Gold: With his sophomore album due for release anytime soon, Adekunle Gold can look back and count his blessings over past three years, but not a Headie. The Gold album, released in July 2016, is considered a near classic by critics. Parading singles like Orente, Pick Up, Friend zone, Ariwo ko and many more, Adekunle Gold delivered a project that earned him plaudits not just at home but abroad, peaking at No 7 on the Billboard's World Album Charts. Nominated in five individual categories including Best R&B/Pop album and Album of the year, the singer who had also bagged four nominations at the 2016 edition couldn't get a plaque.