Details
Fumilayo Salami
Behind the scene
5 years ago 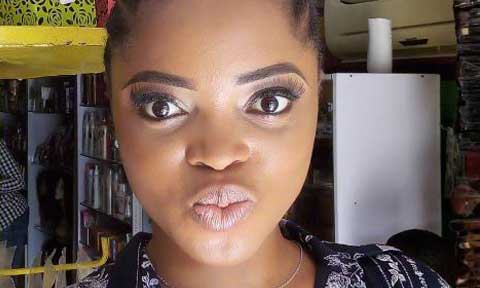 While neither party made official statements yet, close sources say the pair had a disagreement and have now gone their separate ways.

Efforts to confirm this development reveal that whatever transpired between the two must have been on for a while now because Toyo Baby, unlike other co-Jenifa’s Diaries stars, was significantly absent at events/parties that held in Funke’s mansion in Lekki, Lagos this year.

Toyo Baby and Funke go way back to the very first season of the popular show, making their misunderstanding a big source of worry for her, Julianna’s, fans. While some of her followers are already pleading for a mending of fences, it remains to be seen how she and Funke will take those pleas. Would they eventually get back together? This is no doubt a question that will be best answered by another feature on Jenifa’s Diaries. Unfortunately this can’t be confirmed yet as filming has already begun for the latest season of Jenifa’s Diaries.

To make matters worse, the pair are even reported to have unfollowed each other on Instagram. Was it that bad? What really went down? Answers coming.

Check out what some of Toyo’s passionate fans are telling her:

flevoneroToyo baby… I had to find you on instagram.. All the way from Instablog9ja oh… Please your combo with Jenifa na bomb.. Hope you two get back together. Much love??????

e_for_elizabethPeople keep saying you don’t know what happened and that is the truth. But guess what people only know that she has left and the first thing that comes to our mind is that Toyo should make things right because the series made her who she is. If I were Toyo I will try to forgive because I will remember that one things Funke did to me or tell the world what happened so they won’t just keep blaming her. Because truth be said, I still am balking Juliana.

yhung_kayI heard u and jenifa had parted ways is it true? @olayodejuliana

If the misunderstanding happens base on business shit. They can bridge part, if the terms are not reached, but if it happen for any the other reason.. Then they need to grow up

[email protected] When are you starting your TV series?

flora_divaaPls settle ur misunderstanding with jenifa… Prove to us u are Cultured, grateful and respectful no matter what transpired between u both… We love u both

[email protected]___fanpage it’s actually non of my business and I’m not saying people shouldn’t try to get them over their issues but I’ll like to clarify that nobody makes anybody! Only God makes people. Jennifer’s diary was a good platform for @olayodejuliana and I’m sure she got the platform because they saw her potentials. So, let’s not give to a person the glory that belongs to God.

@darazimiwritesright d same question on my mind. @olayodejuliana pls clear d air, @funkejenifaakindele is true that thr is a disagreement BTW u two?.

[email protected] nevertheless. ..God uses people and those people matter. I don’t know what transpired by them…but for the sake of their fans we want them to both shift ground and make up NOW!

harneyyToyo baby, missing u already in Jennifer’s diary ? When are u coming back from France ooo

zinny___Pls go and make up with jenifer ,,it will do us good

mogajianu8Pls try and settle ur scores…. We love u, without u there is nothing like jenifas diary

ifeoluwatemmieU should settle ur differences pls,B a good example to unbelievers

What do you think, settlement or new pastures for Toyo Baby?