Details
Behind the scene
5 years ago 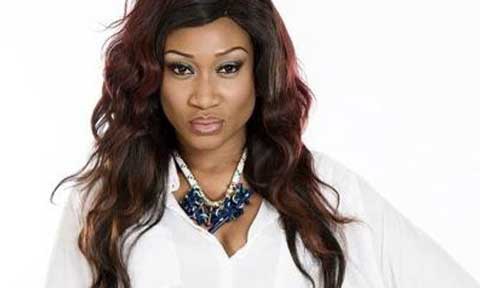 In this interview with SNR REPORTER, Ifeoma Meze, the actress spoke about what she has been up to and her immediate plans.

You do not look at all like someone who just had a Baby. Did you do some exercise to lose the baby fat?

I am already slim. I do exercise especially in the first three months after childbirth to stay in shape. I do all kinds of exercise from cycling to normal stretching. I used to exercise twice a day then but now I do it once.

Why did you choose to have your baby in London?

I feel more at ease in London than any other country. Don’t forget that I was born there too. Besides, I want a better life for my kids.

Does it have something to do with the citizenship thing?

Of course yes. I am a British too. I just want a good life for them when they get older and also for them to be able to move around the world freely without hiccups. I believe they will have a better life with their British citizenship.

Are you saying you don’t believe or have faith in Nigeria?

I just know that the step I took for my kids on their nationality is the best for them. I know what I am doing honestly. Nigeria is a good country and there is hope of it becoming better but I have my reasons. My kids will all have British citizenship.

How do you feel now that you are blessed with a boy and a girl?

I am so happy and thankful to almighty God for making me a complete woman. You know, the joy of every mother is to have a baby boy and a baby girl. We first had a boy and now a girl. We wouldn’t have wished for more. I feel so, so great.

How do you intend to cope with the pressure of raising two kids considering your career as an actress?

That’s not an issue at all. When I had my first baby I got a lot of help from my mum and my domestic staff too. I never allowed the movie thing to affect the mother-child relationship between us. I always came back early to make sure he was okay though my mum was around to look after him till he became a big boy. My children’s care can never suffer for my career. As much as the job is important, the home front is equally inevitable and must come first. I blend the two together perfectly such that none suffers for the other. My baby boy is grown now and he goes to school. When I first came back in December, I worked only in Lagos because my new baby was still very young but now I can do some jobs outside Lagos because she is a few months older. Having two kids cannot be an issue for me.

How soon do you intend to return to the screen?

I am already back on the screen and in fact, better. Before I finally left the country for my ante natal in London, I had more than nine scripts and I was hoping I could do the movies before I left but it wasn’t too easy for me. Some of the movies have been shot now while some producers insisted that I just have to come play my role as soon as I deliver. So, now that I have successfully delivered I don’t have a choice than to hit the movie location as soon as possible. I returned to Nigeria in November and by December I was back on location because I enjoy doing it and besides many producers can’t wait to have me back on board. Movie, to me, is not about money; it’s more of a passion and fulfillment.

Do you regret not being in some of the movies because you had to travel for the baby?

You seem to be a workaholic; do you make out time to relax?

You are right. I am a very busy person no doubt, but in as much as I am busy, I still make out time to relax. I do relax anytime I am not working. Not that I am complaining anyway, when duty calls, you need to attend to its call. So at anytime it calls, I should be there. Though I deal with life the way it comes, anytime I am not working I try to spend it with my kids. I try to spend all the time with them because I know I am not always there. You know, work takes me round the city all the time. When I need to relax, I relax in the comfort of my home with my kids. We go shopping and we do some recreation together.

Why do people think you are a club freak?

I don’t understand what you mean by a club freak. Does it mean I can’t unwind or what exactly do you mean? Club houses are meant to unwind and it’s not that it’s a bad thing going to clubs. I am a very busy person so I don’t club as often as people say, but once in a while I do unwind at clubhouses with my friends. As a married woman with your hubby not always around, does he feel comfortable with the clubbing habit?

As a matter of fact, whenever he is in town we go clubbing together. He lives abroad and I grew up in London too, so we both have a better understanding of unwinding at clubs once in a while. When he is not around, I go with my friends. Of course there are limits, and I don’t go beyond my limit, I am not an extremist on clubbing matters. I do things with moderation. You are based in Nigeria while your hubby is far away in Holland.

How often do you see, or is it only when you want to make babies?

You are really funny with that question. Well it is a fundamental question so I will answer you. He is far away doing his business but we see regularly. I travel a lot to see him and he comes around too once in a while, so it is not only when we want to make babies that we see. Whenever I am missing him, I travel to meet him and of course we talk on the phone regularly.

How will you describe your husband?

I am lucky to be blessed with the best husband on earth. He is very loving. He is caring and a good friend at all times, understanding and God fearing.

How did you meet him?

My husband is from Imo State. He is Stanley Duru. I met him on a set while shooting in a club. The interesting thing is that at first he thought I was a prostitute. According to him, he didn’t know we were shooting. When he saw me and with what I had on, he was discouraged but he told his friend, ‘look at this fine girl, I’m going to bring her out of this lifestyle and marry her’. Then his friend told him that I was an actress and that we were shooting. They waited for us to finish shooting and one thing led to the other. We exchanged phone numbers and that was it. Of course, I didn’t take him seriously then because it’s one thing to exchange phone numbers and it’s another thing to follow up. People call my phone number every now and then, even those who I didn’t give the number. He kept calling and after a while I saw that he was serious and decided to give him a chance. That was how it started and ended in marriage.

How far have you gone with your fashion project?

Activities to make the establishment a success are in top gear. I hope to launch it before the end of the year by God’s grace.

Will it be strictly feminine stuff or unisex?

For now I plan to do just the feminine stuff but with time we might do men too depending on the demand.

How do you plan to raise your bar in Nollywood?

How I intend to step up my game is to come out with good movies and not just be on the set for every movie, good or bad. I intend to stand out for excellence and perfection. Right now, before I move into any set I will look at the script very well and if I am comfortable with the story, I am in. You don’t expect me to show my face in any quack movie that may later have a bad effect on I want to entertain my fans in a way they will love to be entertained, so I try to keep my game up in the industry.

One thing I know is that wishy-washy movies will only degrade you and since I’m not in the industry just for money, I will be choosy about the films I feature in. If I had entered the industry because of money, I would probably be acting anything for huge amount of money. The purpose of shooting a movie is to teach people some moral lessons, something that will have positive impact on people, something very meaningful that they will make something useful out of it.

Oge Okoye Behind the scenes