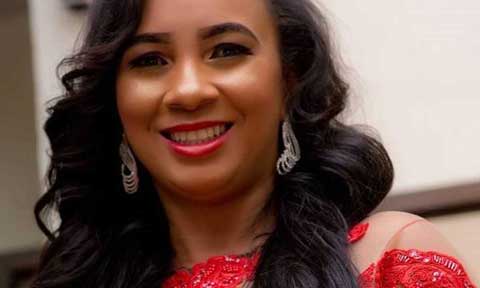 The news came just when the industry lost a prominent member, Muna Obiekwe, who was buried on Tuesday, February 3, 2015 in Anambra State. Reacting to the issue via a press statement issued by AGN National President on Tuesday, Ibinabo Fiberesima, and made available to Nigeriafilms.com, it was stressed that the actor was never abandoned as claimed in some sections of the media.

Read the full statement below;

The National Executive Council of the Actors Guild of Nigeria would like to react to the story make the rounds especially in the social media that AGN has abandoned Actor, Prince James Uche. The Guild took over the responsibility of Prince James Uche in September 2013, when we got the information about his health issue.

The National President visited him and he refused to be taken to hospital or go on the health plan of the Guild. That he wanted cash. N100,000 was given to him. In May 2014, we visited him again to check on him and this is what followed. We took him to R. Jolad Hospital Gbagada, Lagos State; comprehensive tests were conducted and were diagnosed of complications arising from HBP/Hypertension which led to stroke of the eye. He was admitted and well treated at the hospital for over a week before he was certified well and discharged by the doctor.

After that, we took him to Eye Foundation for further optical treatment. Series of tests were conducted on him and was diagnosed of complications arising from the primary ailment of HBP/hypertension. The medical team discovered that the eye vessel that supplies blood to the eyes was damaged as a result of a stroke he suffered many years ago, and nothing could be done.

It was then recommend that he keeps the blood pressure low at all times to avoid further complications which could lead to total blindness. To ensure he gets regular medication for the HBP, the Guild enrolled him on our Health Plan, HMO which we domiciled at R.Jolad Hospital Gbadaga close to his place of abode.

We equally obtained a dietary guide to help curtail the high blood pressure. On May 26, 2014 during the first year anniversary of Lagos State Chapter, we presented a cheque covering two years rent to his agent in presence of all members of Lagos State Chapter. The President, Chief Ibinabo Fiberesima also approved pocket money allowance as well as food items for him.

Between June 2014 December 2014, the Guild has been in constant touch with Prince James Uche and he has never told us of any kidney ailment neither did all the tests conducted on him both at R.Jolad Hospital and Eye Foundation Hospital indicate any sign of kidney problem.

During the medical expedition, Prince Uche told us that his church took him for dialysis three times and they found no problem with his kidney. Much as we would not like to join issues or publicize any assistance offered to our members, we sincerely wish to set the records straight that Actors Guild of Nigeria did not neglect Prince James Uche.

We have done everything humanly possible to assist Prince James Uche. If anyone wants to assist feel free. If you want any clarifications please call the Secretary of the Guild on 08033029401.

Also you can visit the National Secretariat at 17 Ajao rd. off Olufemi st, off Ogunlana drive, Surulere We remain committed to the welfare of our members which is top most priority on the National President’s program. THANK YOU IBINABO FIBERESIMA NATIONAL PRESIDENT