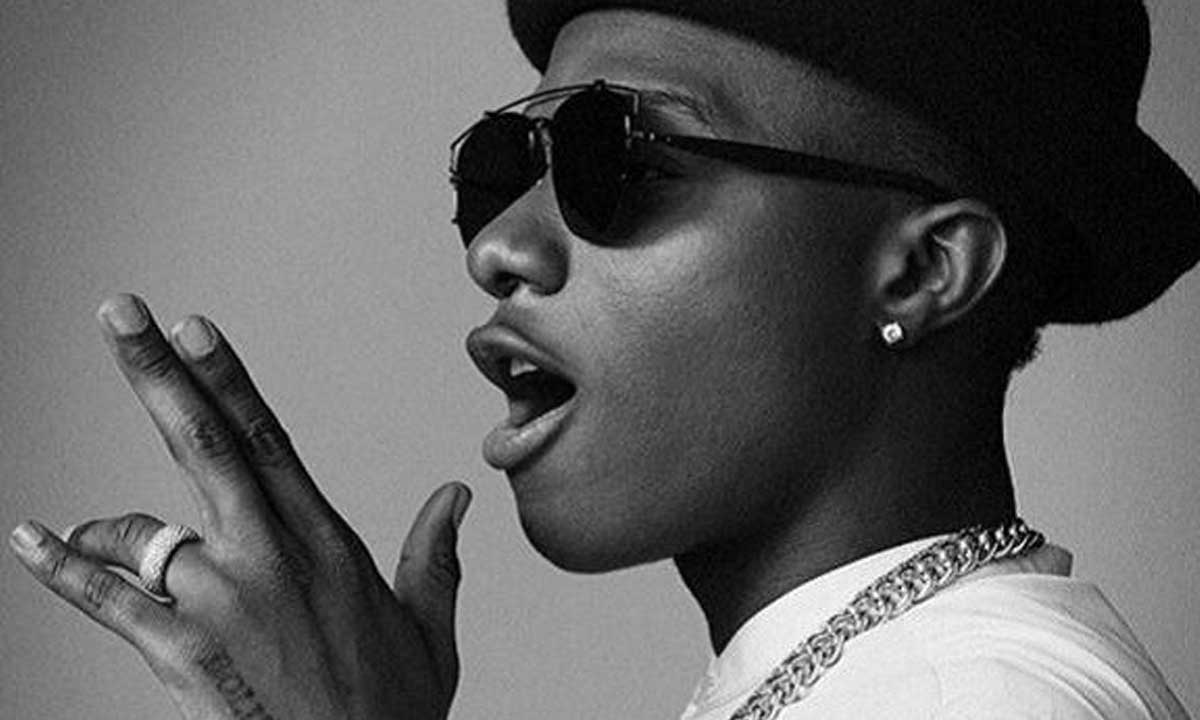 This led to the arrest of a 19 year old girl by Lagos State Police Command for posing as Wizkid on social media and defrauded many people of over $65,000, equivalent of about N12.9million.

Fresh facts have emerged of the lady's identity, how the young lady operated and how she was exactly caught.

This is following a recent scandal where a show promoting agency, Humble Entertainment, openly blasted Wizkid for failing to perform at its event despite being paid.

In a statement, the company claimed that, ‘despite going through all the necessary requirements to book Wizkid which included signing a contract and paying the required fee, we have been let down by the booking/management parties’.

Wizkid is represented in Nigeria by Sunday Are‘s ‘List Entertainment’ while his management in UK is Disturbing London led by Tinie Tempah.

Sunday Are denied knowledge of the show while Wizkid kept mum on the issue as well. Instead, he is said to have complained to the police commissioner that someone had been impersonating him and collecting money for shows.

The police swung into action and the 19-year-old suspect, identified as Ifeoma Nelly was arrested. She is said to be a student of Industrial Chemistry at the Delta State University. She was arrested through the combined efforts of Wizkid’s Manager, Mr. Sunday Are, policemen from Lagos and an Australian.

She was arrested when she came to Lagos to collect part payment of $25,000 from some Australians at a hotel in Lagos, so that Wizkid would go to Australia to perform.

Before the suspect used to collect payment via electronic, but because she was desperate to get her hands on the $25,000, she decided to brave meeting the Australian. She came in company with two friends, a lady and a guy. She did not know that policemen had been planted in the hotel. When she walked into the hotel with her friends, thinking she was on the verge of meeting the Australian and sailing away $25,000, she walked into the waiting arms of policemen and Are.

Revealing how the suspect was arrested, Are said the lady said she had been posing on Facebook and defrauding people for three years, using Wizkid. When asked if she had other members assisting her, Nelly insisted that she was the only one running the show.

Are said:“She has collected money from different people. If you don’t have evidence against her, she would deny it. But if you show her evidence, she would tell you the truth. There was the case of the $53,000, which we had to refund to the owner.

She confirmed that she was the one who collected it. There was another payment of $12,500 from Germany. The Germany people sent details of how they paid the money to her. She couldn’t deny it.”

Are said they had to start refunding money to different victims when the nefarious activities of the suspect became embarrassing.

The manager said: “We had been having problems with different clients because of this. We keep refunding all the money. It was an issue. When it became serious, we had to refund the money to victims. Some people will just go, write in papers that Wikzid disappointed them. They would say Wizkid and his manager collected money and didn’t come to perform. Meanwhile, we didn’t know about those shows.”

“Whenever someone calls her or she calls someone, its Wizkid’s name that would show. True caller shows Wizkid. We need everybody to help us fight this. We’ve s t a r t e d working towards d o i n g s o m e – t h i n g a b o u t t h e fake accounts.”

Recounting how she was arrested, Are said he and Wizkid went to Zambia for a show.

They were there when he received a call from some people in Australia. The caller said he wanted to know if he was speaking with Sunday Are, Wizkid’s manager. The Australian said that he had been speaking with someone, pretending to be Are.

Are said: “They said someone wanted to collect money from them in Lagos, Nigeria, for Wizkid to come and perform. They now found out that I was in Zambia. They now wondered how possible it was for Wizkid’s manager to be in Zambia, while Wizkid was in Lagos. They managed to get my number and called me. I planned with them on how to make this arrest. I talked to them to convince the suspect to come and collect cash in a hotel in Lagos. That was how I managed to arrest her.
“She came along with two friends. They were two ladies and a guy. She looked like a guy.

It took us three to four hours before we could believe she was a lady. She wore native clothes and spotted low cut, like she is Sunday Are. She wore Rolex wrist watch. She bought clothes for the lady that came with her because that one said she didn’t have any clothes good enough to wear to come and collect the money. “The arrest happened in a hotel in Lagos.