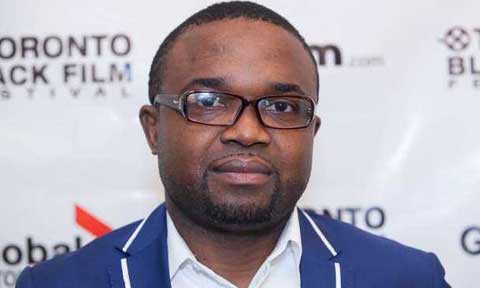 Multiple award-winning Nollywood producer, Obi Emelonye has announced plans to unearth the ‘darkest’ life of a quintessential but controversial leader known as IBB in a new film titled Badamasi: Portrait of a General, about to be shot in Nigeria.

Speaking at a media briefing in Lagos on Tuesday, Emelonye said the new movie is a not a public relations but a project that will critically and antagonistically look at the man that ruled Nigeria from August 1985 to August 1993 when he was forced to step aside.

“The Badamasi film project is shaped to be hard-hitting, controversial but historically factual in its treatment of Ibrahim Babangida’s rise from obscurity as an orphan to the zenith of Nigerian military power,” Emelonye told P.M.EXPRESS.

“This film will be unafraid of touching raw-nerves and being boldly revealing , with the ultimate aim of giving the viewers unprecedented access into IBB’s role in some of the most defining and controversial moments of Nigeria’s journey to nationhood from the Nigerian civil war to the many coups of the 1970s and 1980s particularly the Dimka coup and the bloodbath in the Gideon Orkar coup, and then the June 12 issue,” he added.

According to the United Kingdom-based filmmaker, Badamasi, the film will explores “the inner machinations of the gap-toothed, smiling president who has been dubbed “a statesman/dictator hybrid whose legendary military brinkmanship still divides public opinion 27 years after he has left office and his fairytale marriage to Maryam Babangida, who died from complications of ovarian cancer on December 27, 2009.”

Emelonye said the time has come for African, especially Nigerian filmmakers to rise up and beginning to tell the stories of their leaders.

“The time has come for Nigerians to start telling their stories. This journey started in 2013 when I watched Mandela. As I watched it, I felt proud as an African. As Nigerians, we have several historical figures who haven’t been immortalised on the big and small screens for the world to see. We should beginning to profile in a historical faithful biographical film, a treatment that has been meted out to other African leaders like Nelson Mandela, Patrice Lumumba and even Idi Dada Amin,” the ace director told P.M.EXPRESS.

Emelonye, whose company, The Nollywood Factory, produced films like The Mirror Boy, Last Flight To Abuja, and Onye Ozi, said Badamasi will be shot for cinema on the revolutionary ARRI Alexa SXT camera system.

While most of the major cast, yet to be revealed, are ready, the pre-production for Badamasi will commence in March while cast and crew will enter locations -Lagos. Minna and Abuja in June. and post-production will be done in London in time for grand premiere on 1 October, the Nigerian Independence day.