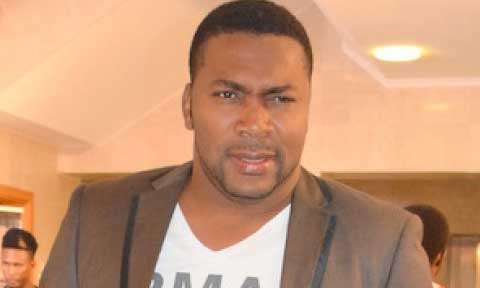 Recently , Saturday Beats caught up with the filmmaker at the set of Royal Castle ( Season Three ) and he explained why he took a break from acting .

“ I started out as an actor but I delved into movie making because I would rather not appear in anything substandard than be in a project that I am not happy with.

The last movie I did was with John Harrison and it is called Supernova ; it is an American movie .MThat was like seven years ago and it was the last movie I featured in .

“ I am very particular about what I appear in and it is not a matter of pride, but about knowing what you want .

If you won’ t be able to get what you want , you can show them the way and by so doing , create opportunities for other actors to showcase their talents in a quality production , ” he said .

Chucks told Saturday Beats that the ‘ Aba movie makers ’ were mediocre and their works are dragging the industry behind.

We have a handful of mediocrities in the industry on the part of producers, especially the ones in the East because they churn out substandard productions and for some of us who do the big movies ; we know what it takes to shoot a good movie .

“ I started shooting a movie last year June and we are still at the post -production stage . We had actors from the US and Africa. It featured acts like Falz , Mama G, among many others.

It involves a lot of hard work to do a standard movie so if somebody tells you that it is easy, then they are doing something else. ”

The filmmaker said , “ I released the movie – ‘ All about love ’ – and it bagged an award for the best movie in Southern Africa . Mo Abudu’ s Wedding Party II , for example , is showing in about 12 countries .

“ How many of these Aba - made movies have graced the cinema screens abroad ? Who buys DVD ? That era has passed and we know what puts Nollywood on the world map .

That mediocrity that they are filming and selling in Onitsha is not Nigeria ; neither is it Alaba .“ Nigeria is bigger than that . You cannot tell me that mediocrity is showing Nigeria in a good light.

A movie grosses as much as N450 m and instead of you to be happy with the producer , you go and pirate their CDs and sell them for N50 in traffic . Something is wrong somewhere .

“ I am really thankful to all the producers who have gone the extra mile to contribute to the growth of the industry .

In this work, besides the money , you need time to dedicate to the pre - production , production and post- production stages . It takes commitment . ”