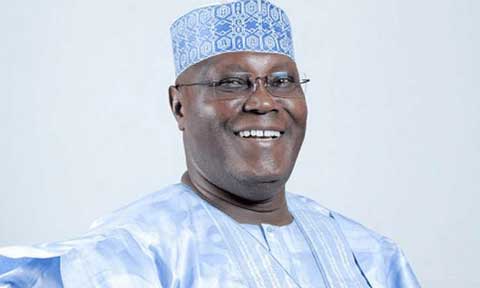 Vice President, Atiku Abubakar also showed up at the Silverbird, in Jabi Mall, Abuja to see the movie. He also bought tickets for everyone present.

He also tweeted, “I saw #BlackPanther with my children and some of their friends yesterday. It is a very good movie and I encourage everyone to go and see it.”

According to Rotten Tomatoes, Black Panther is officially the best-reviewed superhero movies of all time and we have to agree.

The movie which was Marvel’s first film directed by an African-American has raked in an estimated $192 million in North America alone, this weekend.

If you wondering what that means, it means that ‘Black Panther’ is the fifth biggest opening of all time. 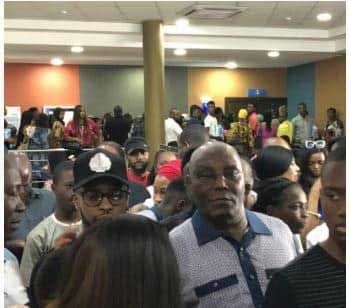 The movie starring Chadwick Boseman and Michael B. Jordan broke multiple box office records too, stealing the record for the largest opening for an African-American director.

Before now, F. Gary Gray and “The Fate of the Furious” led this category after it opened to $98 million in April 2017.

According to Disney, the movie is estimated to bring in $218 million domestically. So far, the film has brought in an opening of $361 million around the world.

“Black Panther” also stole the record for an opening in February, which belonged to “Deadpool,” the 20th Century Fox, R-rated superhero film that brought in $132 million when it opened in February 2016.

CNN reports that it is the second biggest opening for a Marvel Studios film, after 2012’s “The Avengers,” pushing past other huge hits like “Avengers: Age of Ultron,” “Captain America: Civil War” and “Iron Man 3.”

It is also the studio’s 18th straight number one opening.

This is an all time high for Hollywood, and with “Black Panther” reaching box office heights that other African-American titles have been unable to achieve, the film’s total could cause a change in the industry by encouraging diversity both behind and in front of the camera.

The film was rated an “A+” CinemaScore from audiences and a near perfect 97% score on review site. Rotten Tomatoes.