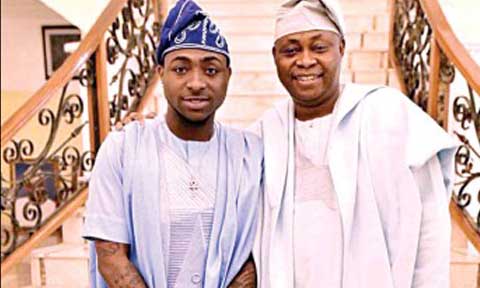 We understands that Deji Adeleke is the father of music sensation David Adeleke also known as Davido.

According to Daily Independent, the fire started around 10 pm from the penthouse of the magnificent building.

Fire service operatives were said to have quickly mobilized their men to the scene and prevented the fire from spreading to other parts of the building.

Undoubtedly, Dr. Deji Adeleke is one of the most successful people not just in Nigeria but also in Africa as a whole. He builds churches, buys expensive cars and luxurious jets.

The Adelekes has always been one of the most influential families in the Yoruba land. According to Forbes, his fortune has been increasing over the years. It is due to successful investments into: Real estate; Record labels; Securities; Banking sector.

At the moment, he has already built Seventh Days Adventist Church. Moreover, the Nigerian businessperson has donated much money to Babcock University, where Davido graduated.

The African Web was overfilled with stories that Davido had bought a private jet. Really? The matter is that Dr. Deji Adeleke lent his son his jet so that it was less problematic for Davido to participate in two concerts simultaneously.